This was after vocal politician, Kabando wa Kabando squashed Ruto’s ambition to be president in 2022. 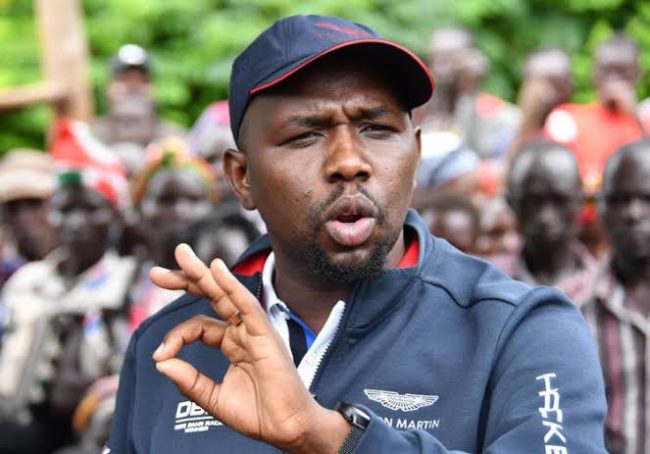 According to Kabando, the DP had a golden chance to succeed President Uhuru, but his weird behaviours and arrogance killed his political future.

He insinuated that despite him being the deputy party leader of jubilee party, he still carries traits of his former party, URP.

However, Murkomen did not take the attack slated for his boss kindly.

He instead advised Kabando to be humble and thankful to the Uhuruto duo for giving him a state job.

To him, Kabando should have turned down the state appointment and become a political analyst if he criticizes the jubilee administration.

The Elgeyo Marakwet Senator has always been a defender of Ruto and at some instances his appointee during Tanga Tanga Missions.

As a loyal friend that he is, he found himself at the centre of allegations by Machakos Governor Alfred Mutua that Ruto is a threat to his life.

Murkomen was fast to respond to the allegations, saying that Mutua is an attention seeker who has failed as a leader.

“Mr Mutua is writing another episode of his cobra squad series. Having failed spectacularly as a leader he turned himself into a Joseph Goebbels of his county government,” read Murkomen’s tweet.