The match started in the worst possible fashion for pep Guardiola as seven minutes in, his goalkeeper Ederson was sent off for a foul outside his area. 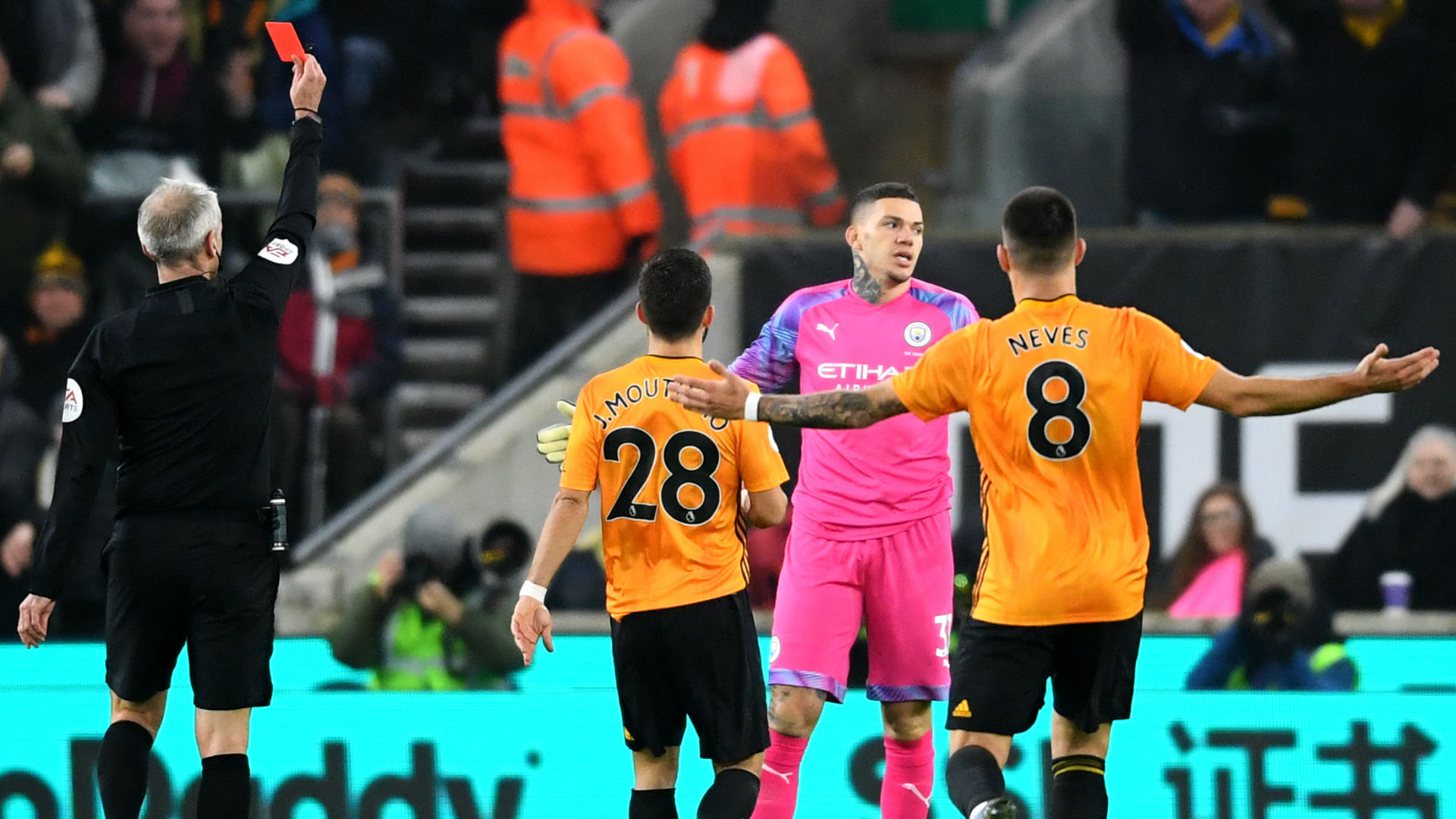 Claudio Bravo was introduced in place of Sergio Aguero who had only just returned from injury. A VAR awarded penalty midway through the first half was missed by Raheem Sterling but he was asked to retake it after yet another VAR involvement.

The English winger was again denied by luckily the rebound fell his way an he tucked it away to give City the lead.

Things seemed to be going to plan after Kevin De Bryune set up Raheem Sterling for his second of the match just five minutes into the second half. 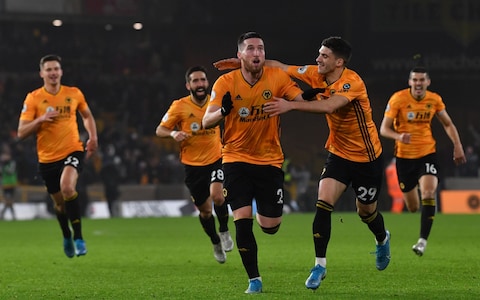 Wolves However pulled one back through Spanish midfielder Adama Traore who fired past Claudio Bravo before setting up Raul Jiminez for the equalizer minutes later.

The Champions were rattled and in the final minute of normal time, Matt Doherty struck to crush any dwindling hopes Manchester City had of winning a third consecutive league title.

The result leaves Manchester City third in the table with 38 points, 13 behind runaway leaders Liverpool who have a game in hand. Wolves Meanwhile continue with their impressive form and are fifth in the table, just two points behind Chelsea in 4th.