Speaking during an interview on a local station, the “Kenya Ulindwe” hitmaker revealed that stories about her son being into the music industry and winning gospel awards were false.

Muhando who has three biological kids said that she has also been hearing stories of some gospel artists claiming to be her children for a very long time. 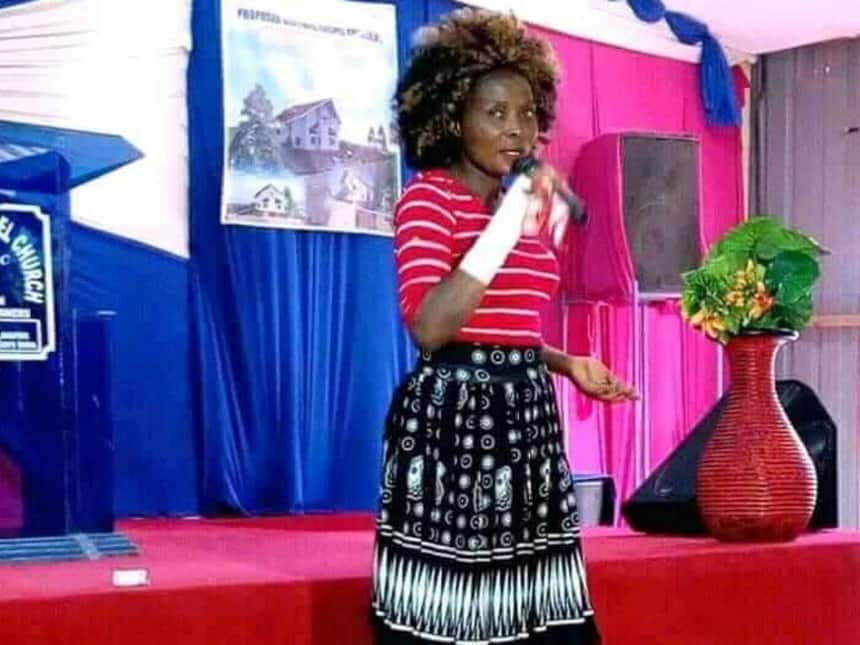 She went on to reveal that all of her three children are in school and none of them has ever attempted singing professionally.

Muhando also revealed shocking details of what her life being in danger as the people behind her misery tried to force her to accept things she didn’t want to mention on the radio.

A few months ago, it was reported that Anoint Essau Amani, Muhando’s first-born son won three gospel awards and it was presented to him by representatives from Kenya, Uganda and DRC Congo.

He was been awarded by the Aunthetic Radio Center in Rwanda at a special event held at his Mpiji-Magohe home in Dar es Salaam.

Amani was awarded for being the most outstanding gospel artist, unique artist and great composer respectively.

Check out the photos of the musician reported to be Muhando’s son.