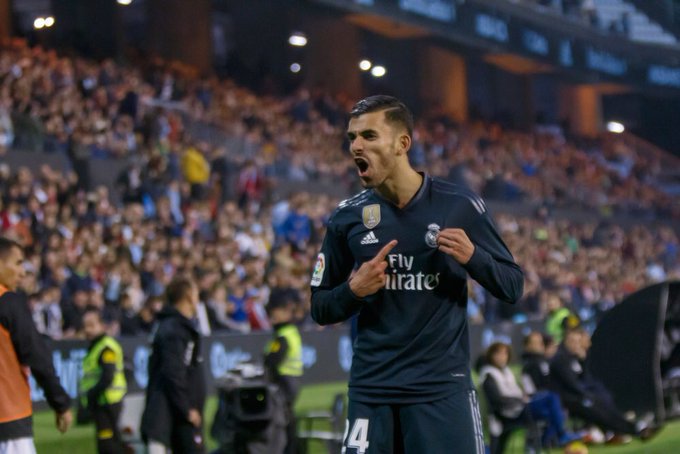 Excitement is in the air amongst Arsenal supporters after the club reached a consensus with Spain giants, Real Madrid to sign midfielder, Dani Ceballos on loan for the 2019-20 campaign.

The 22-years-old has made 56 appearances for Real Madrid since joining in 2017 but has persistently been linked with Arsenal and Tottenham this summer.

Arsenal have reached an agreement to sign Real Madrid and Spain U21 midfielder Dani Ceballos on loan for 2019-20 campaign. With William Saliba also set to complete move from Saint Etienne before returning there on loan next season, big week for #AFC in transfer market #RMFC #ASSE The former Real Betis player is wanted at the Emirates to fill the void left by Welsh Aaron Ramsey, following his departure to join Italian giants Juventus on the Bosman after his contract with Arsenal expired.

The club is also set to sign Saint-Etienne center-back William Saliba, 18 who has also expressed his desire to join Arsenal despite late interest from Tottenham.

The France youth international is estimated to cost around £27m and will return to Saint-Etienne on loan next season before joining up with the Gunners in 2020.

The Gunners finished fifth in the Premier League last season and also lost to Chelsea in the Europa League final, therefore they were expected to be busy in the summer transfer window but this week could see one or two more arrivals in addition to Brazilian attacker Gabriel Martinelli who has already joined the club.

With Los Blancos embarking on a spending spree this summer, splashing out a whopping £266million on five new players, with more in the pipeline, manager Zinedine Zidane needs to offload some players to balance the books.

Ceballos is one of those that could be sacrificed in order to make room for Christian Eriksen or Manchester United star Paul Pogba.