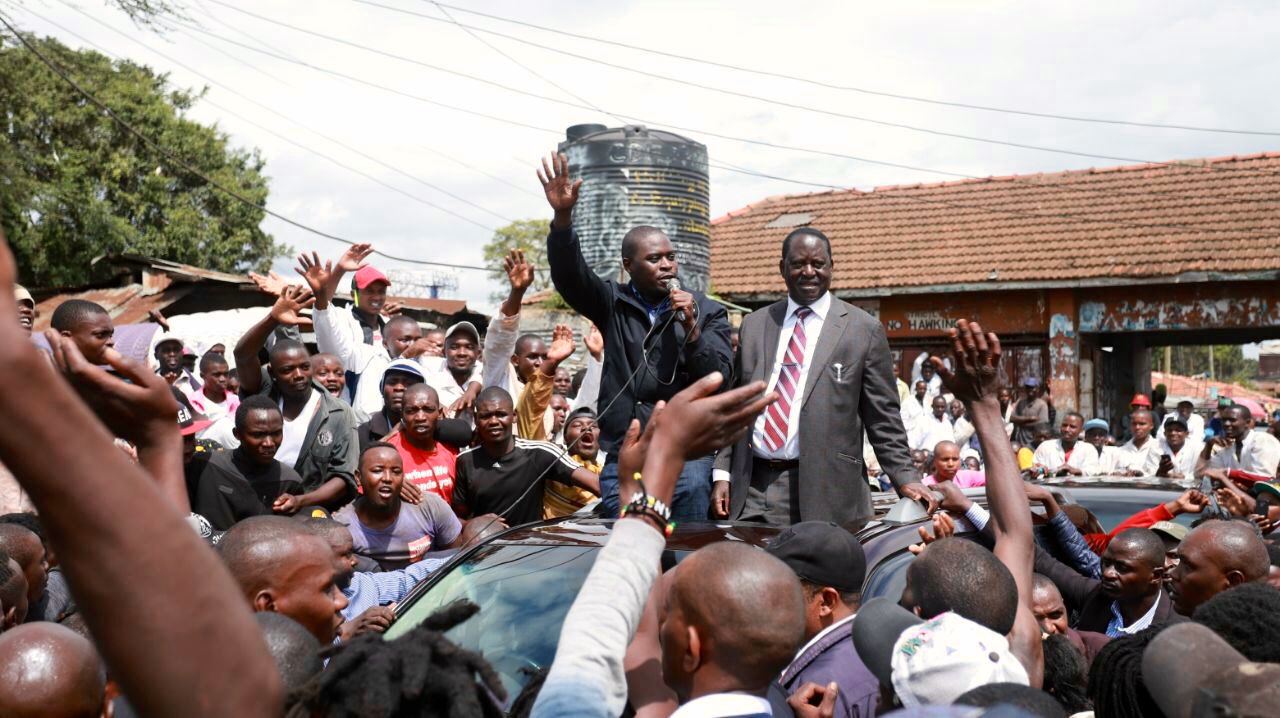 Nairobi Senator Johnstone Sakaja is one politician who political star has not failed to amuse many. From conceptualizing revolutionary bills in Parliament, Sakaja’s style has opened a completely new chapter on youth engagement at the national politics.

His latest star shinned today after he was honoured with the award of Chief of the Order of the Burning Spear. The award was as a recognition of his work in the legislature for the last 6 years he has been working as a civil servant.

I’m honored and humbled to have received the award of Chief of the Order of the Burning Spear as a recognition of my legislative work over the last 6 years. I’m encouraged to do more and keep doing my best in service to my people and my country 🇰🇪 pic.twitter.com/mSNfoiGz0i

The award honours the most outstanding persons in recognition of outstanding or distinguished services rendered to the nation in various capacities and responsibilities.

Sakaja and Opposition Leader Raila Odinga have been of late enjoying a very good relationship. Sources claim that Raila might be having a special interest in the first time Senator.

On Monday, Sakaja joined Raila and Siaya Senator James Orengo, during a visit to the iconic Burma Market. The three leaders also enjoyed Ugali Nyama. And Sakaja, though a Jubilee politician, had no problem sharing the pictures on social media.

Thousands of people, among them the famous Nairobi Business Community, welcomed them at Burma, prompting some social media users to declare Sakaja the incoming governor in 2022 .

As if that wasn’t enough,  Sakaja also accompanied Raila to visit the family of the late veteran politician Oduya Oprong, who passed away on Saturday.

We later condoled with the family of the late Hon. Oduya Oprong following his demise. Hon. Oprong was one of the few remaining members of the 1st Parliament of Kenya and served for years with principle and distinction. May God comfort his family and give them strength. #RIP pic.twitter.com/n0CBpfLH52

While other sources are now revealing that Sakaja has secretly confirmed to the ODM party leader that he will vie for the Nairobi Governor’s seat on an ODM ticket in the 2022 polls.

Due to his association with the Opposition Leader, his political journey might not be as rosy as it sounds.

Sakaja is said to be under pressure from former TNA and Jubilee Party officials led by  Raphael Tuju to refund over Sh60 million that he allegedly looted from ther President’s party TNA before it merged with URP to form Jubilee Party. The former nominated MP is said to have withdrawn the funds from TNA bank accounts on the pretext that the money was meant to pay party agents during the 2013 general elections.

When Uhuru and Odinga announced their handshake Sakaja was on the frontline to hail the relationship;

Last year, the former prime minister made a surprise visit to the birthday celebrations of the senator’s son.