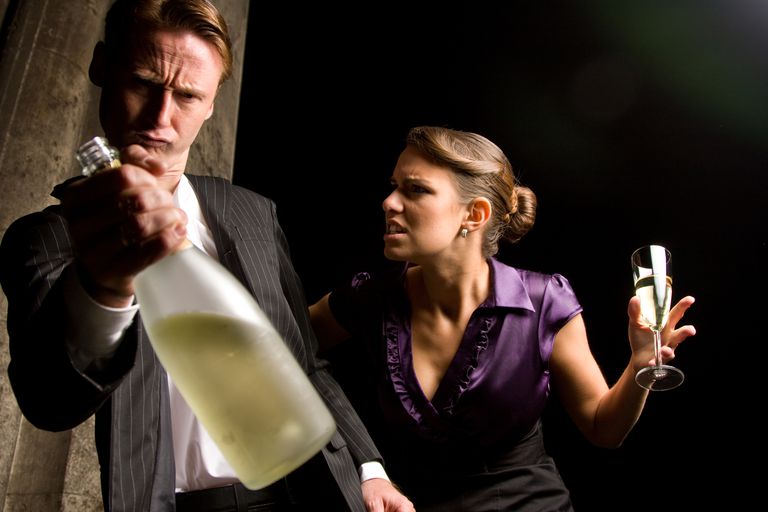 The night is going smoothly. You’re out at the bar with your friends having a great time. Then, all of a sudden, a fight breaks out. It’s the same friend every time. He’s wildly punching another of your friends. Or the guy standing behind him. Or the waiter. Or the bouncer. Or a lamp post.  So yes, it doesn’t help if you’re constantly pissed off when you’re sober, but how your brain deals with your buzz and the time and place you’re buzzing are equally important.

Even the obvious isn’t all that obvious. That is, screamers aren’t the only angry drunks. If you silently seethe, you’re also liable to turn nasty when you drink. People who regularly suppress their anger had an increased likelihood of getting into drunken brawls.

Alcohol decreases our self-control, those with pent-up rage are more likely to have it come out when they’re drunk. Those who suppressed their anger were more likely to drink to the point of drunkenness, which subsequently led to more violent incidents. This isn’t the case for those who don’t regularly suppress their anger.

Alcohol has a myopic effect; it narrows your attention to what’s important to you right now. That may be dangerous to someone who already has that tendency to ignore the future consequences of their actions and who is placed in a hostile situation. Alcohol affects almost all the chemical systems in the brain. Among those impacted are two neurotransmitters that cells use to communicate with each other. A few drinks can short circuit this conversation and result in parts of your brain not talking to each other as much as they should.

It’s the adult in the room, and as such, it can perceive the consequences of our actions. But when we’re drinking, the prefrontal cortex isn’t able to exert its influence as effectively. So if you take someone who is more prone to anger in general, they might be less likely to restrain it when drinking.