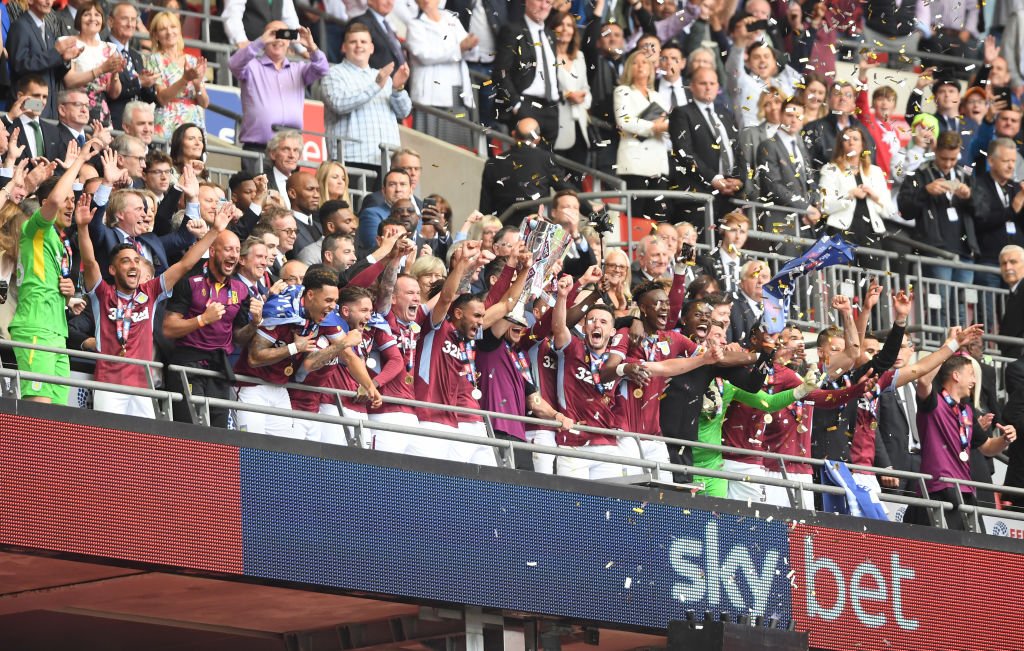 Not only is Aston Villa promoted to the Premier League after beating Derby 2-1 in the Championship play-off final on Monday but they also wrote a new record after the victory.

Villa got the better if Frank Lampard’s side at Wembley as Anwar El Ghazi opened the scoring in the first half and John McGinn headed into an open goal on the hour mark after an error from goalkeeper Kelle Roos.

Jack Marriott pulled one back for the Rams in the 81st minute in a tense finish to the game, as Jayden Bogle and Mason Mount also came close to finding the net.

Villa becomes the 7th club to having played most games in the Premier League.

Most games played in @premierleague

It is a special return for Villa, who at one stage looked resigned to another yearn the second tier.

Under Steve Bruce, the fans were disillusioned and the level of play was dire – resulting in the managerial veteran getting the chop before Christmas.

Aston Villa are headed to the Premier League!

Next year will be Aston Villa’s 106th season of English top-flight football 👏👏 pic.twitter.com/cRUxFfdre8

If at first you don't succeed, come back and try again…🏆