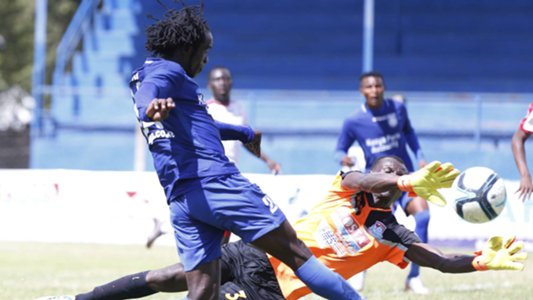 Well they were able to defy all fatigue odds, coming from behind to humiliate the visitors3-1.

Tusker took the lead in the 22nd minutes after Naftali’s powerful header against Faruk, the inform keeper saved it but Eugene Asike tapped it in on the rebound scoring and giving the Brewers the first goal

10 mutes later Shaban Kenga equalized for the dockers. It was all square after the entertaining 45 minutes of play.

A back pass to the Tusker keeper Emery Mvuyekure who couldn’t find his footing gifted Yema Mwana an opportunity tapping it in making it 2-1.

The hosts kept pressing and their efforts were not in vain and Benjamin Mosha slotted in the third goal for Bandari. We can say that the Brewers could not swim and they drowned in the City of Mombasa.

Bandari are still in the third position with  55  points while Tusker are the seventh slot with 46 points.