Kenyans are last minute people. This has been proved by the massive numbers of people flocking into the registration stations to beat the deadline which is now in two days.

Videos circulating around reveal that queues of people snaking their way for tens of metres in many centres as early as 6am. This situation is expected to worsen as many Kenyans fall victim to the last-minute rush.

However, there are ways to beat the queues to ensure you spend the least time possible at the centres and beat the deadline of the mass registration process. 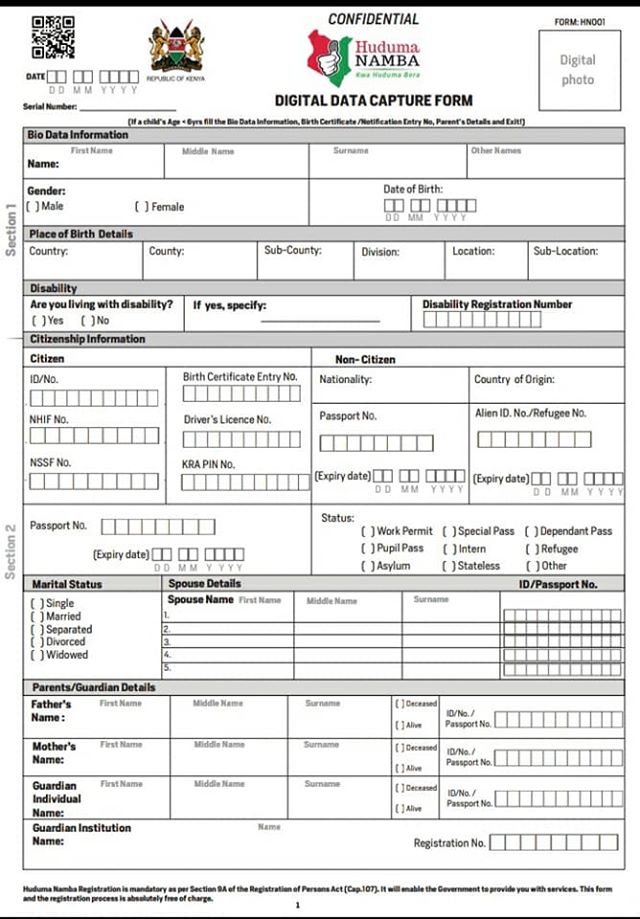 A tip to ensure efficiency at the Huduma Namba registration points is to download and fill the form from hudumanamba.go.ke beforehand.

Having the form filled will cut down on the time you will have spent at the centre and you’ll also get to minimise on the errors by having time to confirm your details.

Remember to carry identification documents like an ID, birth certificate, driving license or passport to facilitate the process.

Just as is the ritual during the voting period, the earlier you get to the stations the higher your chances of leaving early as well. Budget for at least two hours as you may encounter a number of people also waiting to register.

At the queue, observe patience as the agents try to deal with the large numbers.

At the centre, once you have filled the form, the agents will key in your details into the system.

The registration officer will also need to take a photo of you, take fingerprints and ask you to sign or use your thumbprint in order to finish the registration process.

They will also photograph your ID on both sides. Once complete, you will get an acknowledgment slip.

Long queues are real at the Huduma Namba registration stations;

This scene was observed at Githurai 45 on Thursday morning where residents were forced to stand for hours as the agents waited for the forms to be delivered.

Such a scene was observed at Githurai 45 on Thursday morning where residents were forced to stand for hours as the agents waited for the forms to be delivered.

After the mass registration concludes, The Interior CS explained that the registration kits will be handed to the assistant chiefs where anyone who will not have registered can do so.

“If for some reason someone misses out they may go to the assistant chief. But I’m afraid whether he or she (assistant chief) will be having enough time to deal with you,” Matiang’i stated.