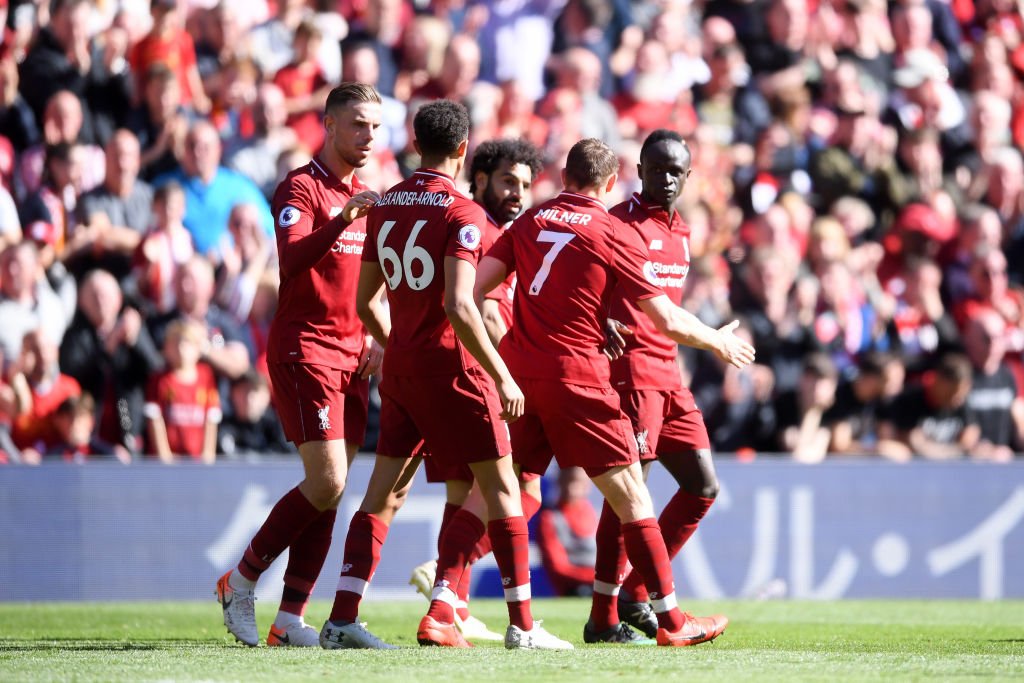 Liverpool won against Wolves but failed to win the Premier League trophy because Manchester City won against Brighton. Sadio mane put Liverpool temporarily on top of the Premier League Title after scoring the opener against Wolves in the 16th minute. There was so much tension in the field both on the pitch and off the pitch as Manchester City was playing Brighton at the same time, but City came from behind to score two goals taking back the league lead at half time

Sadio mane then scored a second goal but it did not change anything title wise but ,the goal was his 22nd which meant he will share the golden boot with his teammate Mohamed Salah.

Klopp made two changes from the side that thrashed Barcelona in midweek, with Gini Wijnaldum and Mohamed Salah returning to the fold, the latter following a mandatory break following concussion.

Their fate out of their hands, Liverpool took to the field to a rapturous reception from the Kop, and roared on throughout they produced a valiant effort but silverware eluded them.

Sadio mane brace…Liverpool 2-0 up- after some good Wolves attacking.

It wasn’t to be for Liverpool at the end of an incredible season under Klopp, but with a Champions League final to play and this side going nowhere, the future remains very, very bright on Merseyside.

Reds 30 years drought since they won the trophy will continue.