South Africa achieved their biggest victory when they hammered the Seychelles 6-0 Saturday in an Africa Cup of Nations qualifier before a tiny rain-soaked crowd in Johannesburg.

The previous widest winning margin by ‘Bafana Bafana’ (The Boys) was 5-0 at home to Guatemala in a friendly match as the republic prepared to host the 2010 World Cup.

South Africa scored three times in four minutes midway through the first half with a Nigel Hoareau own-goal followed by goals from captain Thulani Hlatshwayo and Lebo Mothiba.

A string of saves from goalkeeper Romeo Barra prevented South Africa going further ahead until Percy Tau and substitutes Dino Ndlovu and Teboho Mokoena netted in a late burst. Mokoena scored the record-creating sixth goal two minutes into stoppage time with a close-range header off a cross at Soccer City stadium.

The one-sided affair matchday 3 affair in Group E came as no surprise as South Africa are ranked 73rd in the world — 116 places above the Seychelles.

Only a few thousand watched the mismatch in heavy rain despite the public broadcaster not screening the qualifier because of a financial dispute with the national football body.

South Africa have seven points from three matches and Libya four and Nigeria three from two in a three-team chase for two places at the 2019 Cup of Nations in Cameroon. 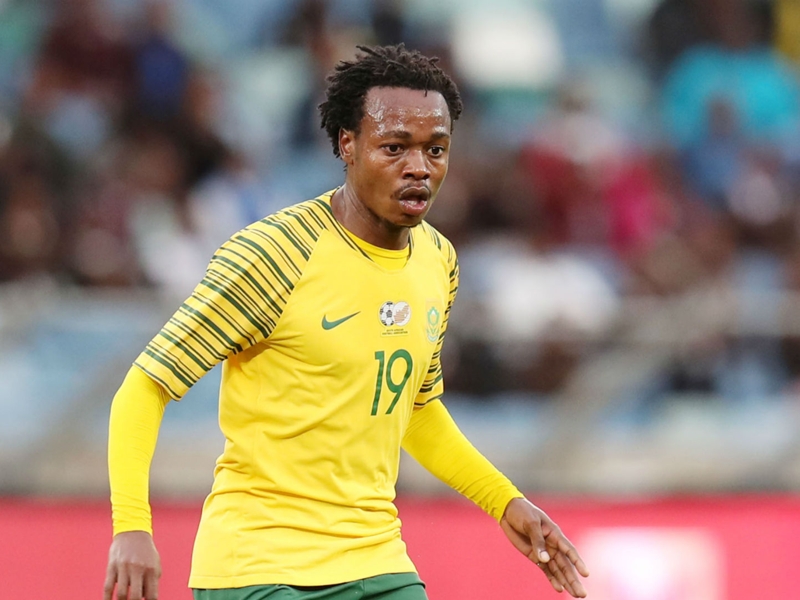 In Kampala, Uganda cruised to a 3-0 victory over Lesotho that moved them three points clear of Cape Verde at the top of Group L.

Emmanuel Okwi opened and closed the scoring with a goal in each half and Farouk Miya converted a penalty to give the ‘Cranes’ a two-goal half-time advantage.

Uganda have seven points halfway through the six-round qualifying competition, Cape Verde four and Lesotho and Tanzania two each.

Another eight qualifiers are scheduled for Saturday.