The win takes Uganda up to seven points and into top spot in Group L. Cape Verde, who defeated Tanzania 3-0 on Friday, are second on four points with Lesotho (two points) and Tanzania (one) in third and fourth.

Okwi, enjoying one of his best performances for the national side in recent times, scored in the 11th and 64th minutes, while Miya converted a penalty after 36 minutes.

The former opened the scoring with a hard shot after evading the Lesotho defence, to send the home fans into raptures at the Mandela National Stadium, Namboole. 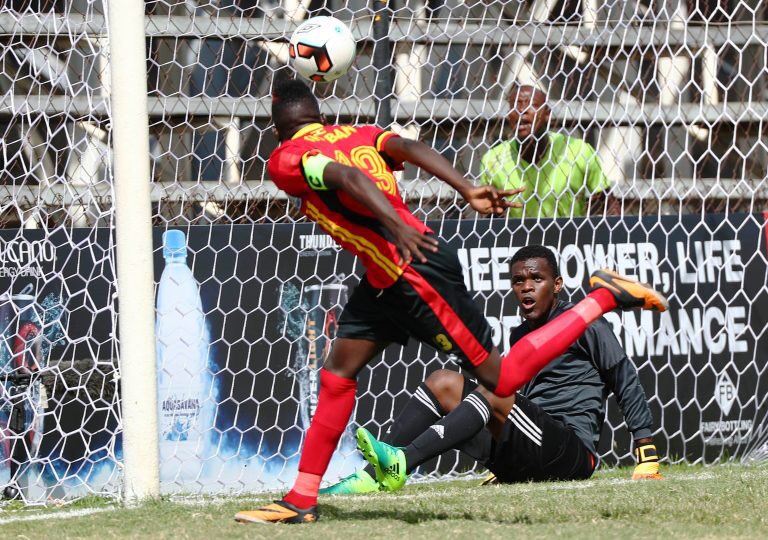 Miya made it 2-0 from the spot after Basia Makepe brought down Okwi in the box, and the home side continued to dictate matters thereafter as Lesotho lacked the quality to trouble their hosts.

However, Cranes goalkeeper Denis Onyango was forced into a fine stop just after the half-hour mark when he tipped a rare effort – a low shot from Tumlo Khutlang – out for a corner.

In the second half, Desabre pushed his players forward in search of more goals, while the Lesotho bench tried in vain to alter their side’s fortunes from the bench.

Okwi scored his second of the day when Edrisa Lubega cleverly crossed from the left wing for Okwi to head the ball past goalkeeper Likano Mphuthi.