At exactly 8:00 am today, May 11, the Jubilee Party is set to hold a senate parliamentary group meeting hosted by President Uhuru Kenyatta at State House.

Despite the agenda of the meeting being unclear, speculation has been rife that the president will be using the forum to reign in legislators who are dimmed to be against his handshake pact with ODM supremo Raila Odinga.

Some reports have also claimed that one of the top agendas is to sack Senate Majority Leader Kipchumba Murkomen and Majority Whip Susan Kihika from their positions so that the Head of State can put his allies in strategic positions in Parliament, with Baringo Senator Gideon Moi widely regarded as the main contender for the Majority leadership role.

Tanga Tanga section of the party has already decried the ill intentions with some leaders such as Gatundu South MP Moses Kuria terming the meeting a ‘consultative tea session’.

What remains to be seen, however, is whether Deputy President William Ruto will be in attendance given his high profile position at the party.

Moreover, it will be interesting to see how much longer the two leaders will continue acting as if things are normal and at least one of them to publicly denounce the charade that is Jubilee party.

Leaders allied to Ruto have also been pushing for the president to summon them for a consultative meeting to ventilate various issues given that the party has never held a PG meeting since the disputed 2017 elections. Will they avail themselves now that they have the opportunity they have been longing for?

Even if the president made good his threat to sack the two senate leaders, would he garner the required 50%+1 senators to remove one from the positions of Majority/Minority leaders and whips? That would mean at least 18 voting to remove the two since the party has 34 senators.

Let’s embrace ourselves for the messiest of divorces in Jubilee.

Here are our top stories this morning:

Jubilee Senators will today meet President Uhuru Kenyatta for a parliamentary group meeting where he is expected to initiate leadership changes, with West Pokot Senator Samuel Poghisio touted as a possible replacement for Elgeyo Marakwet’s Kipchumba Murkomen as the Leader of Majority.

According to sources, the changes will see Deputy President William Ruto’s allies removed from key positions, with Nakuru Senator Susan Kihika, an acerbic surrogate of the DP, set to be replaced with her deputy, Murang’a Senator Irungu Kang’ata, as the Majority Chief Whip.

The Kenya National Union of Teachers has asked special attention be accorded to candidates in reopening of schools.

A letter by the union to Education Cabinet Secretary George Magoha proposes that KCPE and KCSE candidates be given priority.  The safety of learners and teachers should also be guaranteed. 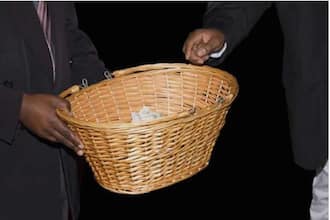 Pastor Jack Oyungu claimed the officers stormed the church on Saturday, May 9, when leaders were counting the offerings and made carried away KSh 35,000.

The nationwide curfew declared by President Uhuru Kenyatta comes to an end this week. Has the curfew served its purpose of curbing further the spread of coronavirus? Do you think it would be wise for the government to extend the curfew and cessation of movement given the number of businesses that have been adversely affected by these measures?