The Kenyan national women’s team Harambee Starlets has dropped in the latest FIFA rankings. The team is now ranked position 137 globally which is a drop in four positions from the previous rankings.

This is despite Starlets finishing third in the Turkish Women Cup competition earlier this month. Neighbours Tanzania are two places below Starlets with Rwanda and Uganda occupying positions 144 and 146 respectively; the top ranked team in the CECAFA region being Ethiopia who are at position 111. 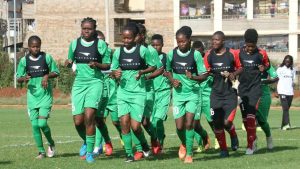 Nigeria tops African teams in position 38 globally followed by Cameroon in position 52, South Africa in 53 and Ghana in position 60.

Starlets were using the Turkey tournament as part of their preparations for the 2020 AWCON Qualifiers against Tanzania that was slated for April before the coronavirus bug struck.

In the tournament Starlets opened their campaign with a  win over North Ireland before being brought down to earth at the hands of Chile and Ghana.