It’s best to say Madowo seems to be taking advantage of the low seasoned airplane tickets and on his end, things are doing just fine even with the corona epidemic.

Sharing in a recent tweet, Madowo disclosed how he landed in New York to a surprisingly almost-empty international airport.

Landed in New York to a surprisingly crowd-free JFK. CBP agent sent me to a secondary CDC screening room because I flew in from London. More questions about recent travel history then allowed in pic.twitter.com/b5iDcoA2ZJ

Madowo claimed an agent sent him to a secondary CDC screening room because he flew in from London.  He was questioned about his recent travel history and later allowed him in. 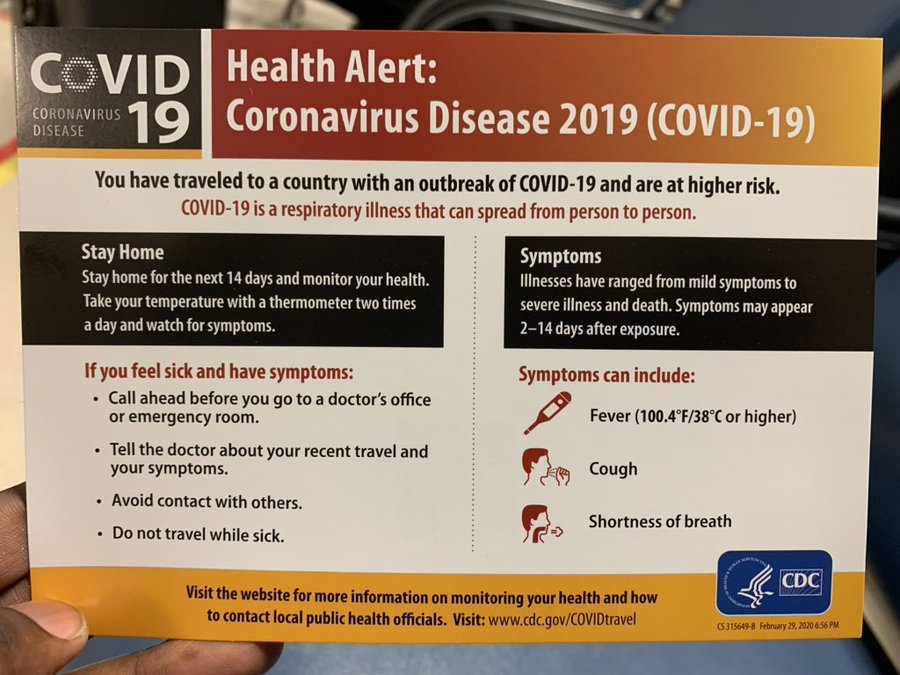 Madowo shared a poster that indicated he had travelled to a country with the outbreak of covid-19, placing at a higher risk of contracting it.

The details on the card would also include the signs and symptoms that will aid in monitoring his health alongside some contacts. Madowo just like other travellers will be expected to quarantine for 14 days, where he will check his temperature with a thermometer every two times a day and watch for symptoms.

It is now certain that the lad never learns as a few weeks ago, he moved to dispel fears that he was suffering from the deadly coronavirus, describing his condition as a small complication after a photo he had shared being attended in an ambulance.

Madowo has proven that many countries, especially in the west, are taking all preventive measures necessary to curb the corona virus from spreading even more.

Kenyans however were not kind to the journalist, implying that his frequent travel will have corona following him.  Below were some reactions:

So you will Stay Home at your apartment in New York for next 14 days per rule number 1there utaweza! Ugekaa huku +254 Tough times