Five banks have entered into a plea with the Director of Public Prosecutions where they have agreed to pay a sum of Ksh 385 Million to the prosecution.

This is in line with the NYS graft case where the banks had been accused of facilitating the theft of public resources. 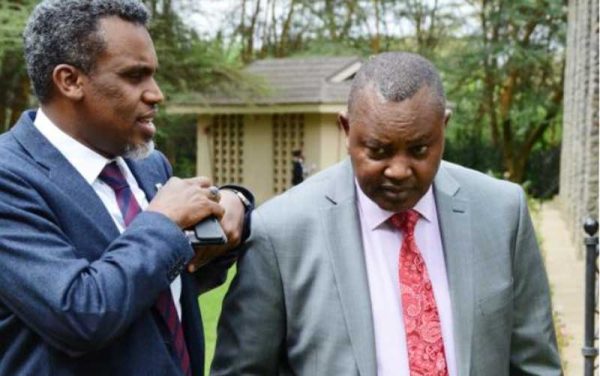 In return, Director of Public Prosecutions, Noordin Haji will not prosecute the bank bosses for their bank’s involvement in the looting of Ksh 791 Million from the National Youth Services.

The five banks had been conjoined in the graft case because they failed to report suspicious transactions in their institutions as required in law.

While addressing the press on Thursday Morning, Haji together with Director of Criminal Investigations George Kinoti asked journalists to be patient as the prosecution may take a while.

The press conference comes amid hearsays that the two officers are not in good terms.

DPP HAJI and DCI boss Kinoti say there is no rift between them; reveal Sh300m has been recovered from banks which were used by NYS scandal cartels. pic.twitter.com/QWKfBvgsEP

However, the two disputed the claims saying that they are working together and if there is any tension between they will work it.

According to Haji, it is normal for institutions to disagree in line of duty but that does not mean that they will not work together.