With Real Madrid winning the Madrid derby on Saturday, Barcelona neede to win their match against Levante at the Camp Nou to keep up the pressure on the league leaders.

The defending champions have not been creating many chances under new manager Quique Setien so it was rather surprising to see them create two goal-scoring chances within the space of two minutes. First Lionel Messi played a perfect through ball to young teenage sensation Ansu Fati who made no mistake to open the scoring. The same combination was at it just two minutes later with Messi setting up Fati once more who doubled the lead.

Messi could have added a third minutes before half time but the Levante goalkeeper made a smart save to deny the World player of the year.

The Catalans continued to dominate possession without creating much in the second half. They were given a late scare when Ruben Rochina pulled one back for the visitors in the final minute of normal time. 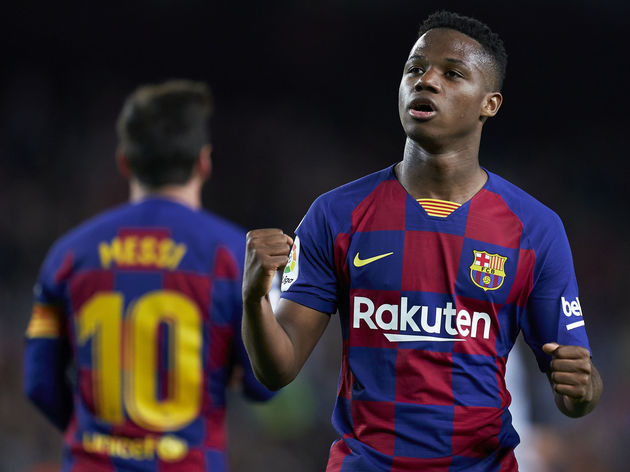 Barcelona, however, held on to record their second victory in the league under Setien and are now three points behind Real Madrid in the table. Next up for Barca is a Copa Del Rey tie against Athletic Bilbao before traveling to face Real Betis in the league on Sunday.