The death of a rare bird that flew from Finland to Kenya has caught the attention of netizens who can’t stop raving about it.

According to Kenya Wildlife Services, the rare Osprey bird succumbed to organ failure due to the long-term starvation it underwent enroute. The unique bird had flown over 6,000 kilometres, literally crossing oceans to get to Kenya to, unfortunately, meet its death. 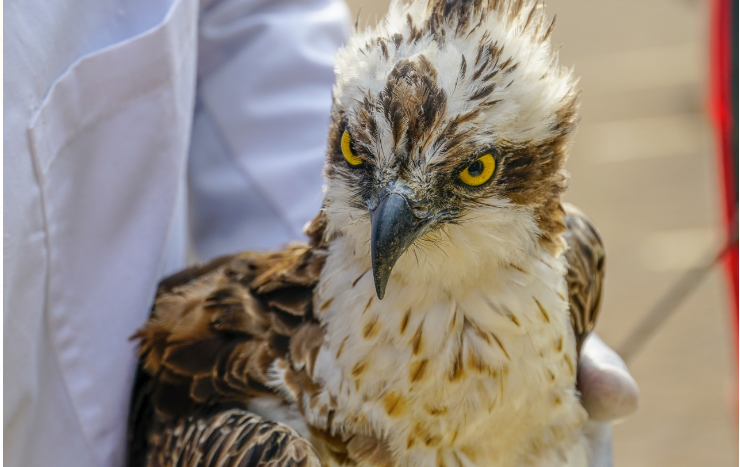 “You know in Kenya you must have connections to survive that bird had no connection look what happened to it now,” Gerrad K Tanui Tanui joked. 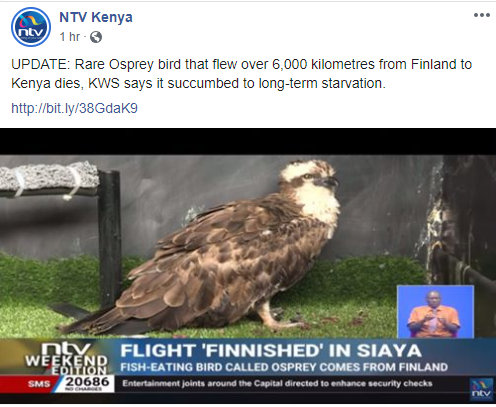 Check out other reactions from Kenyans:

Fêïgh Pàtricks Mbôngeh Surviving in kenya should be added in a thousand ways to die..

Bruce Lee Isadia The reality of living in Kenya. The bird flew all the way from Finland to come and die in Kenya under KWS watch… starvation kitu gani! If it survived the Mediterranean sea,the deserts of Egypt,Sudan , Ethiopia and north eastern Kenya..how come it died amidst plenty of food.We still remember the Rhinos that died under KWS watch. Anyway,we are told the BBI will solve all these issues.The bird should have landed in Western Kenya,we love birds,they don’t die ‘just like that’.

Ptah Tosh Nothing survives in Kenya without a budget

Muhunyo Jnr In Kenya God gave us and the animals living here a hardship allowance.we overcomes everything,for my fren Osprey from Finland he couldn’t survive.The first time we met with Osprey was during my holiday visit at Finland.my condolences to the Osprey’s brothers,sisters and all citizens of finland

Dennis Mmasi I know why the bird died, yes I know.You said Siaya? Of course it died in Siaya. How I wish the bird could have asked where to land,