Former ‘Mother-in-law actress Shee Waruinge has become one of the most controversial public figures in the entertainment industry. She is the latest victim to receive KOT’s wrath.

It does not matter who you are but when you get on the wrong side of Kenyans on Twitter(KOT) be prepared for a serious backlash.

Known for her brutal ‘tweets’ and unending drama, Shee found herself in trouble after claiming her dad had found her thong in the bathroom.

“I inadvertently left my thong in the bathroom. My dad found it & shouted asking, “nūū ūyū ūtigire digi cia iratū gūkū bafū”? (Who left shoelaces in the bathroom),” read her tweet.

Another Twitter user was quick to notice her mishaps and exposed her lying habits. In a bid to show another side of Shee, he took some screenshots and it was easy to identify that for the longest time, she has always been moving.
@mumirah went and asked her where she lives because for the longest times she always claims to be moving out. 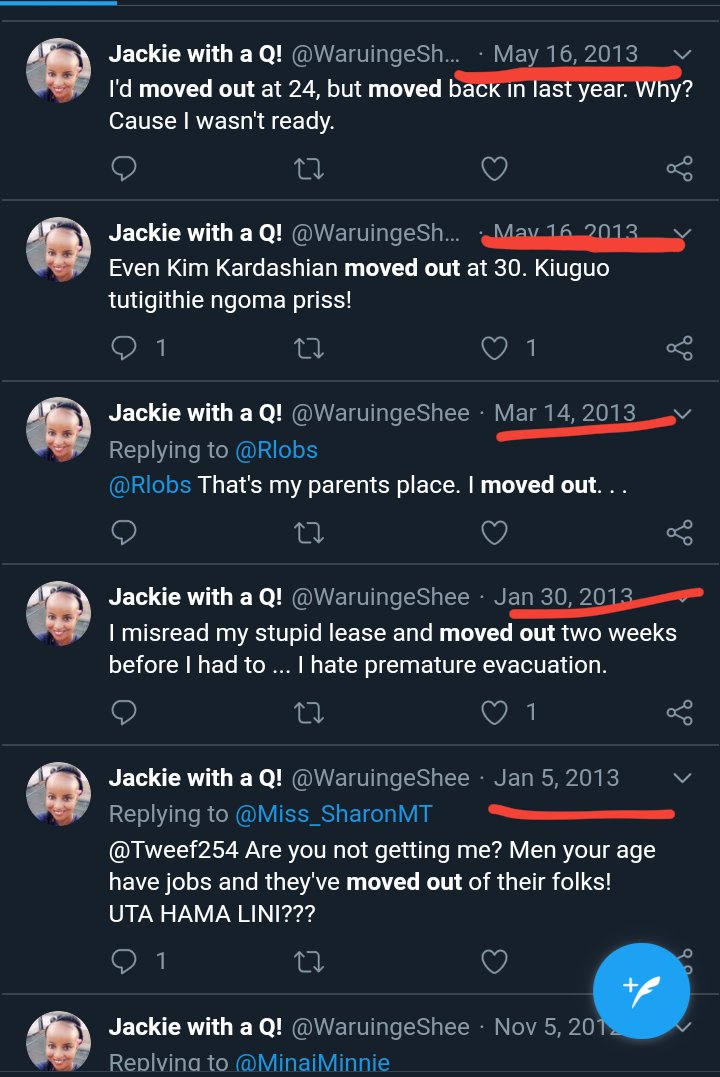 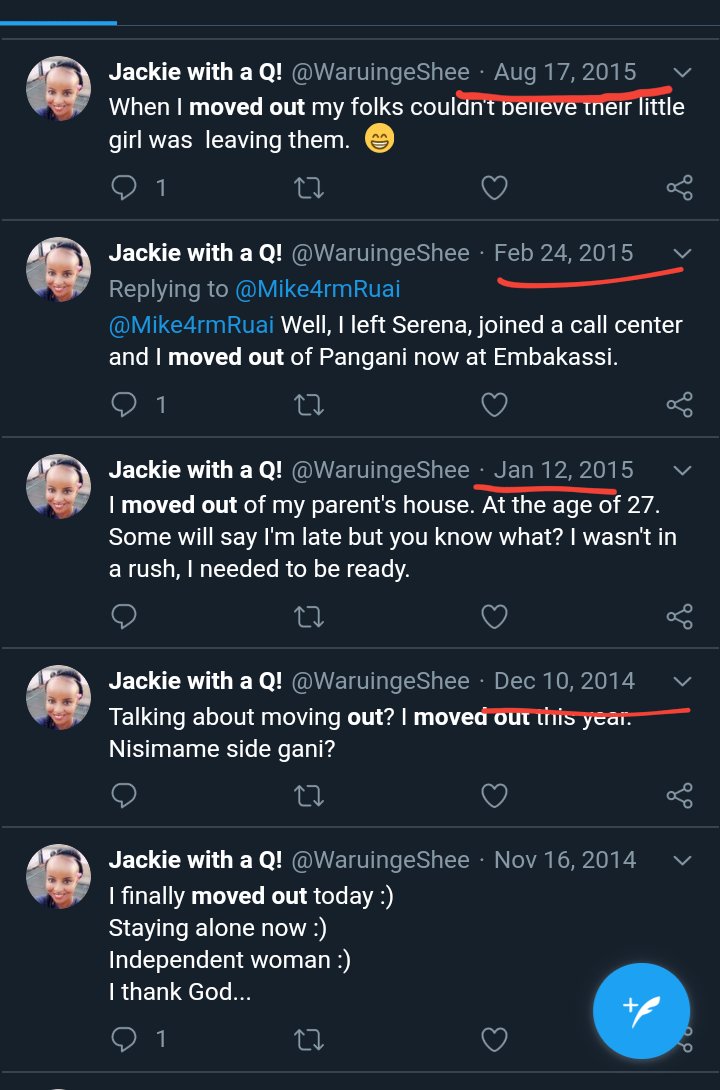 This, however, does not come as a surprise because Shee has always been one of the most controversial figures in the Kenyan entertainment scene, she’s always stirring up some trouble.

Many were in disbelief bearing in mind that she is well known on the tweet streets. Below were some reactions:

Behold the queen of the ‘move out of your folks house’ movement.

She is very outgoing.