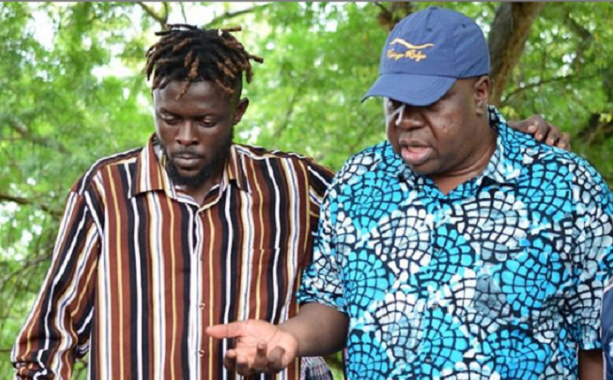 Ten young people under the initiative are set to receive sponsorship for their various projects in a bid to keep them out of crime.

Speaking during the 10th anniversary of The East African Marine System at the Swahili Pot Hub on Monday, the CS made the announcement.

He was moved to action after watching the Kisauni hitmaker perform and talk about how his initiative is trying to encourage young people to stay away from criminal activities in the crime-ridden Kisauni sub-county.

“As the CS, I am the champion of the empowerment of young people in the country.I am impressed with what he is doing in Kisauni and I need him to work with more young people in the Kisauni so that they can stay away from violent crime,” Matiang’i said.

Though the CS did not specify in what way he would sponsor Ohm’s rapper’s project, the rapper has expressed optimism and hope for a brighter future.

“We are set to have a face to face meeting with him to agree on how we will work together. But we would like a sponsorship that is sustainable to help sustain the young people who have left crime, ” Montana told Baraka FM.