In a cabinet reshuffle, Uhuru fired Kiunjuri who was the Cabinet Secretary in charge of the Ministry of Agriculture, Livestock and Fisheries.

Just after the news of his sacking, Kiunjuri was spotted in Nairobi CBD waving to bystanders on the street as he entered his official vehicle.

A video posted by a Kenyan journalist shows the moments of the embattled CS shortly after his firing.

The former CS has been the talk of the town not only after his sacking but also on comments he has made about the tragic locust infestation in parts of the country.

He publicly admitted that even though the ministry is determined to eradicate the pests, the mission is not a walk in the park.

On January 10, he asked members of the public to send pictures of insects that resembled locusts and share them on social media for verification. 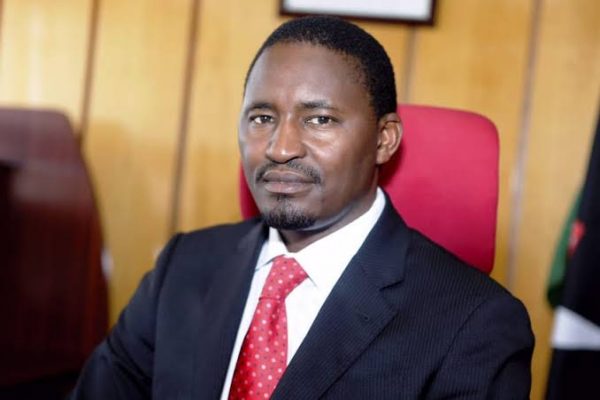 The directive sparked mixed reactions from the public with a section of Kenyans making fun of his remarks and others terming it as incompetence from the Agriculture docket.

Intimate reports have also indicated that the sacking of Kiunjuri is linked to his allegiance to Deputy President William Ruto.

Peter Munya who was the Cabinet Secretary of Trade and Industrialisation has taken over Munya’s Agriculture docket.