Football Kenya Federation President Nick Mwendwa has been handed a major boost after sports permanent secretary Peter Kaberia was moved to the ministry of mining in a reshuffle announced by President Uhuru Kenyatta on Tuesday morning.

The two had been involved in a long war of words over the national teams funding. Mwendwa had accused the PS of continuously frustrating the federation when seeking funding for national team assignments, accusations he vehemently denied. 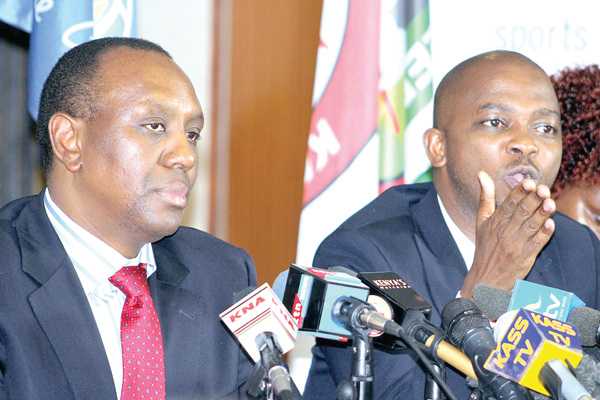 The exchanges degenerated to a huge public spat with battle lines drawn. It, however, cooled down towards the end of the year but the bad blood between the two heads was still fresh. With several national teams in action from March, the reshuffle comes at the right time for the ministry.

In the latest reshuffle, the former journalist has been moved to the ministry of mining where he will serve in the same capacity, Joseph Okudo from the Tourism ministry will now sit in the ministry of sports.

Kaberia served as a PS in the Ministry of Defence in 2016-2017 before he was moved to the Sports Ministry in April 2017 during a mini reshuffle announced by the head of states.

With the former diplomat out of the ministry of sports, FKF boss Nick Mwendwa and other federations’ heads will be hoping to form a good working relationship with the incoming PS John Okudo.