Manchester City midfielder Kevin De Bruyne has revealed that it took only a quarter of an hour for the team to plan on how to beat Manchester United in the Carabao Cup.

Pep Guardiola’s team swept aside The Red Devils and scored three goals in the first half to record a 3-1 win at Old Trafford. Bernardo Silva, Riyad Mahrez and an own goal gave the Cityzens a healthy lead heading into half time.

“We did 15 minutes on it in the morning, that’s about it,” said the Belgium midfielder, who said the players were only told of the team shape on the day of the game.

“We didn’t train that (on Monday), but it’s not like we never did it before – we did it sometimes against teams that prefer to play man-against-man – Cardiff, United, in Barcelona away we did it the first year with Pep, so we’ve done it a couple of times. 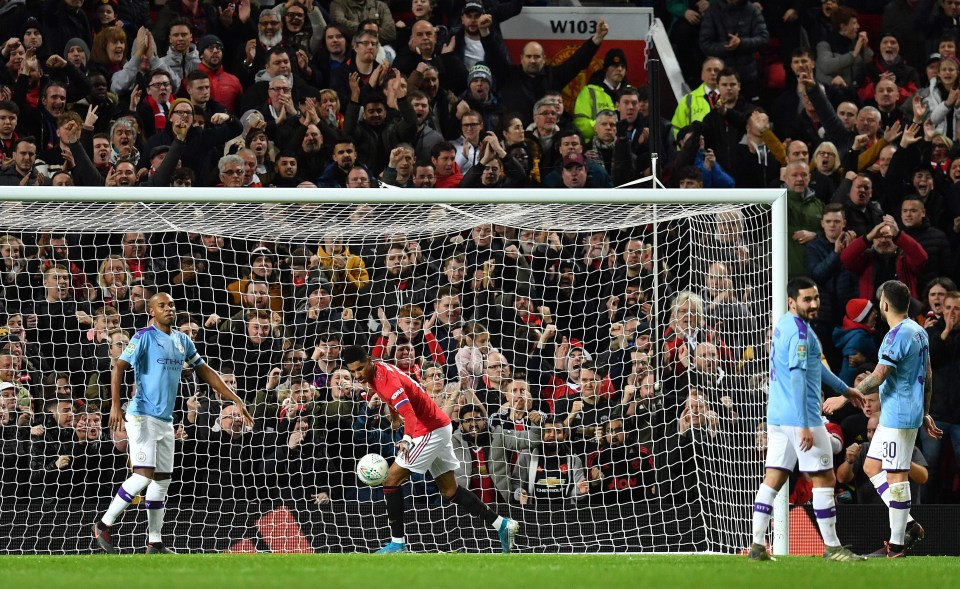 With Bernardo dropping it is four against three in the midfield, so they have to choose what they do – if they put their defender up there is more space behind and if not Bernardo is going to be free and that is what we tried to do,” he added.

Marcus Rashford got Manchester United’s lone goal with 20minutes to go but it was a mere consolation. The second leg will be played on the 29th of January at the Etihad Stadium.