Everton manager Carlo Ancelotti has revealed that he once held talks with Liverpool’s owners over the possibility of taking over at Anfield – only to miss out to Jürgen Klopp.

The Italian is one of the most highly decorated managers in European football and has enjoyed some of his most successful years with the likes of Real Madrid, AC Milan and Chelsea during his career. 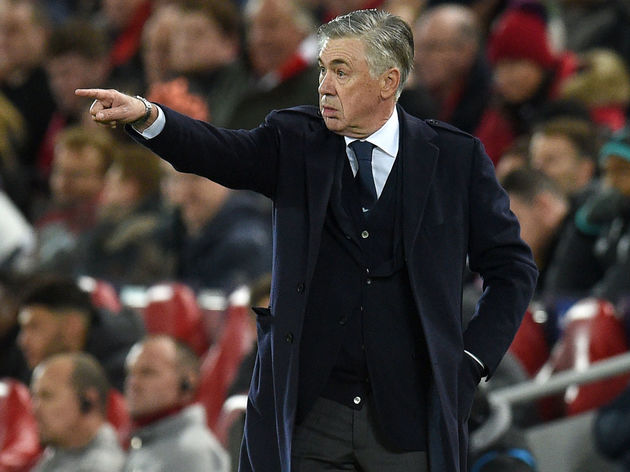 Before taking over at Everton, Ancelotti spent time with Napoli and Bayern Munich, but the 60-year-old has revealed that he almost took over at Liverpool shortly after he left Real Madrid in 2015 – only to miss out on the job to Klopp.

“It was after [I left] Real Madrid, I had a chat with the owner. They were looking for a new manager but I think they made the right choice with Jürgen. He is doing fantastic work at Liverpool, so well done,” he said.

Ancelotti’s last two jobs have ended on a sour note after being removed at Bayern Munich and most recently at Napoli, but he’s hit the ground running at Everton and has helped to build on the work that caretaker boss Duncan Ferguson was able to do.

While Ancelotti missed out on the job at Anfield in 2015, he’ll travel to Liverpool’s home this weekend with Everton in the third round of the FA Cup.

The Toffees haven’t won away at Liverpool in over 20 years, but Ancelotti’s got an impressive record against the Reds which could promise the chance of an upset this weekend.

In 12 matches against Liverpool throughout his career, Ancelotti has come out on the winning side on seven occasions.