Under fire Arenal manager Unai Emery has refused to clarify where his future lies amid sacking speculations. The Spaniard has failed to inspire his team to a win in their last six competitive matches, leaving Arsenal 8 points off a top-four place.

Ahead of their Europa League clash with Frankfurt at the Emirates Stadium, Unai Emery was asked what he thinks of his future and whether he will be at Arsenal for the long term. 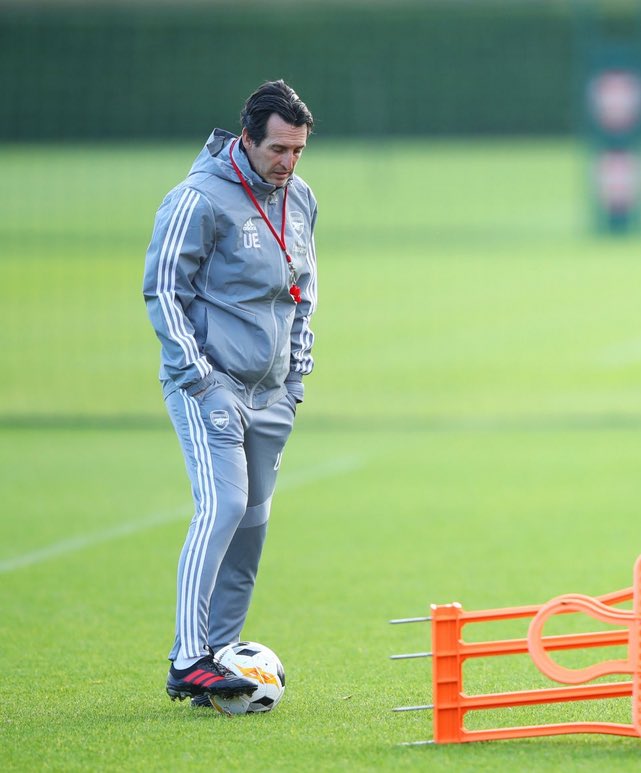 “My future is today and tomorrow.” He replied.

According to reports, the former PSG manager looked downbeat in training and did not say a word to the players for the first 30 minutes in training.

Emery further revealed that out of favor midfielder Granit Xhaka will be in the squad and urged the fans to support him. Xhaka was stripped off his captaincy following an ugly incident in a Premier League match where he uttered obscene words to fans for booing him. 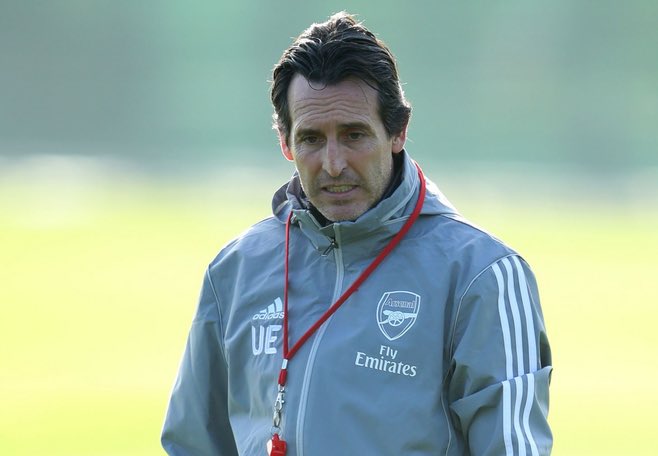 “Xhaka is in the group and has a possibility to play tomorrow. I hope the supporters support the team. My wish is the supporters help the team because we need them. Our confidence depends a lot on how we feel in our stadium with our supporters. Teams are coming here fearing us less and this is the first thing we need to change.” He added.

Victory over the Germans on Thursday will see Arsenal qualify for the knockout stages of the competition. However, it might not be enough to keep Emery at Arsenal with rumors pointing to the Gunners hiring Wolves manager Nuno Espirito Santos, Manchester City assistant manager Mikel Arteta or Massimiliano Allegri as the next manager.