Arsenal left-back Kieran Tierney has revealed that several of his fellow Arsenal defenders have helped him settle into life in London.

The Scottish international joined Arsenal from Celtic for £25million in the summer, and the full-back says he is adjusting well to living in England following his move across the border. 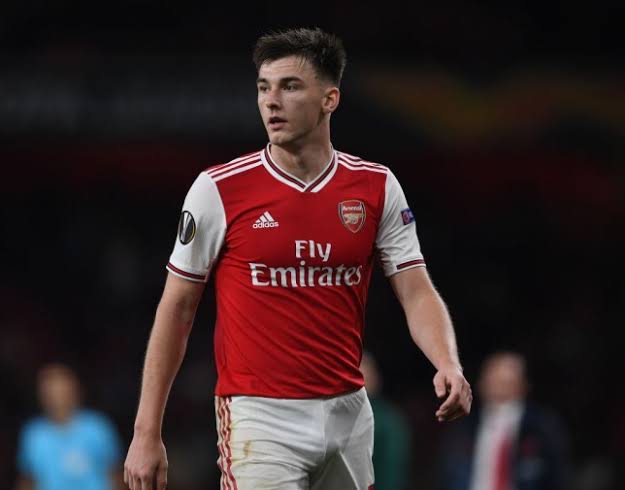 He’s revealed that he has formed bonds with the likes of Hector Bellerin, Dino Mavropanos, Callum Chambers and Rob Holding since arriving at the Emirates and that Celtic fans on Arsenal’s staff have also helped.

“Hector is a big voice in the changing room as well so he’s helped me settle in. Rob Holding and Calum Chambers as well have looked after me.

“It’s hard to say though because everyone has been great, even the staff.

“There’s a few Scottish staff as well – Celtic fans – so they’ve helped me settle in and make me feel at home,” he explained.

Tierney was not named among the 25-man contingent selected to face Cyprus and Kazakhstan in the Euro 2020 qualifiers, despite starting several games for Arsenal before the international break.

The defender has only recently returned to full fitness after battling a long-term pelvic issue and undergoing surgery on a double hernia in the summer.

Scotland manager Steve Clarke revealed that the Gunners made the request as part of a full recovery programme.

“Kieran’s got an ongoing issue that Arsenal are keen to address in the next international break and Arsenal asked us not to select him. It’s a little bit frustrating and it’s obviously frustrating for Kieran as well,” he said.