Amber’s photos from her birthday party have left fans thinking that she could either be pregnant or has been faking a flat tummy in her photos.

On her Instagram timeline, she appears to be free from the belly fat struggles which contradicts the viral photos. 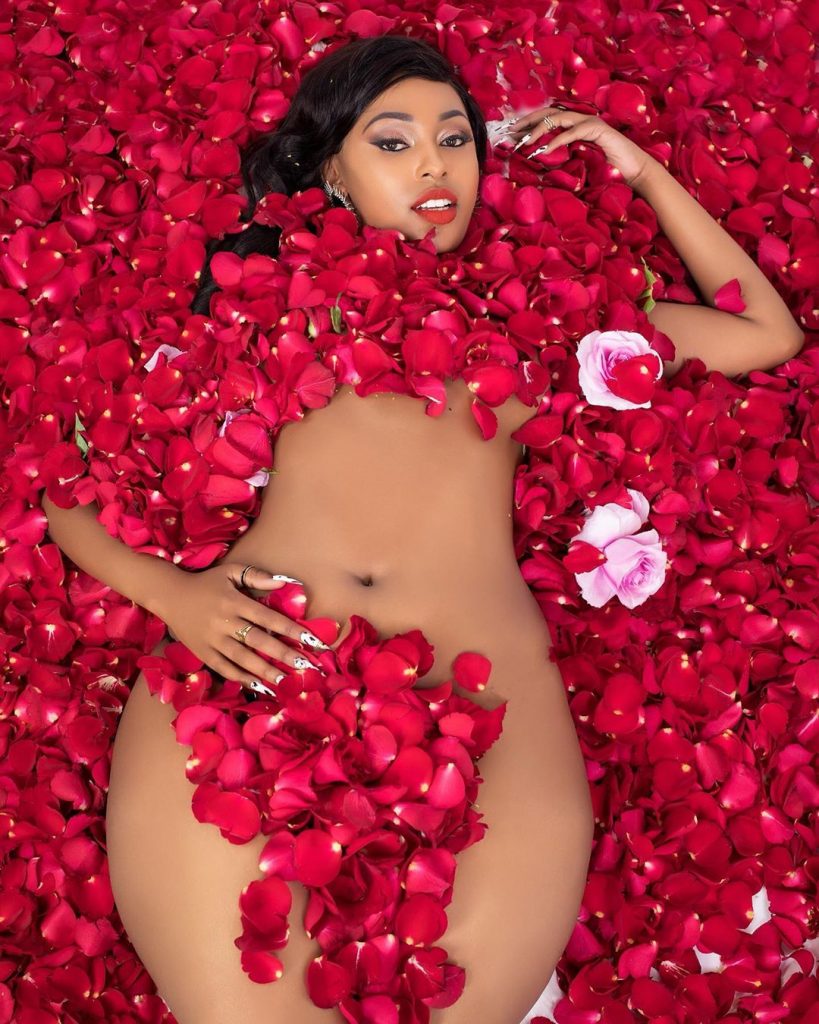 Some mocked her and suggested that people should avoid drooling over fake edited photos.

“I once told ya’ll Demakuku’s tummy in real is equivalent to that of a 5 months preggers mama and you thought I was exaggerating.

See it for yourself now.Tummy is divided in 3 chambers,yaani head thorax abdomen.Now stop drooling on fake edited IG pics and appreciate your bodies.You might be way better.” Pretty Liz wrote

Despite the trolls, others sided with her insisting that she could be pregnant.

Achie Jay  wrote, “I thought she is pregnant!?“

Another social media user revealed that she knows her in person and has proof that her tummy is flat.

Kimani Kije  said,”But Amber is beautiful and the time we saw her she was wearing a crop top na hakuwa na utambi maybe she is pregnant”

Generally, socialites seem to be so obsessed about flat tummies and having the perfect body that everyone dreams of.

In the quest for this, some have been struggling to tuck their tummies while taking photos to serve body goals.

Others have resorted to remedies like wearing waist trainers, hitting the gym or taking concoctions to achieve the ideal model-like body.

They are not criticized for their efforts to look good enough but for portraying themselves as perfect beings yet they are not.

Other celebrities who have ever been called out for tucking in their belly fat during photos or editing include; Sanaipei Tande and Milly wa Jesus.

Last Night was all sorts of amazing!! Thank you for coming through!! @iam_amberay 🔥🔥Music by @djjoemfalme #LetItFlow