Uasin Gishu Woman Representative Gladys Shollei has lashed out at the Pesticides Control Products Board  (PCPB) for approving chemicals that have been deemed dangerous to human health.

Speaking to the media in Eldoret, the Woman Rep said she had presented a petition in parliament seeking remove 262 pesticides that are carcinogenic.

“We are not asking them to form a task force or carry out an investigation, these are products that have been verified by the best scientists in the world as containing chemicals that cause cancer, reproductive health problems and neurological problems, Please remove them from our market,”  said Shollei.

Shollei accused the board of either ignorance about the dangers of such pesticides or possible underdealings with companies selling the harmful chemicals.

She asked the government to act swiftly in eradicating the chemicals from the market.

In the petition, Shollei wants the government to immediately ban all products in the Kenyan market classified as carcinogenic, mutagenic, endocrine disrupters, neurotoxic and many which show clear effects on reproduction toxicity. 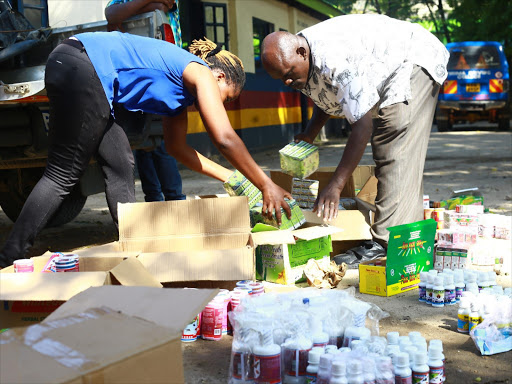 The legislator has also called on the resignation of the board saying they have failed on their mandate.

Shollei said the bill is currently before the departmental committee on health.

According to the MP, various individuals and institutions including the PCPB board, Kenya Plant Health Inspectorate Services (KEPHIS), National Environment Management Authority (NEMA) and the Agriculture and Food Authority will summoned over the matter.

The woman Rep claimed the 262 pesticides under contention are banned in the United States, United Kingdom and most of Europe because they are hazardous to human health.

She dismissed arguments fronted by Agro-Chemical dealers and Fresh Produce exporters that removing the pesticides from the market will affect crop production in the country.