Football Kenya Federation will on Tuesday, November 12, 2019, unveil a leading online betting company as its official FKF National Super League partner. The league is currently operating without a sponsor following the withdrawal of sponsorship by the previous partner Betin following a tax row with the Kenyan government. 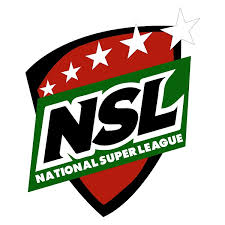 The news comes just months after the league lost its broadcasting partner Bamba Sport who pulled out of their three year Kshs 30m deal signed in 2017, sighting the economic ripple effects brought on from the standoff being witnessed between government and the betting industry.

Football leagues in the country are facing adverse effects after major betting companies who had partnered with them closed operations in the country. Sportpesa was sponsoring the Kenya Premier League but withdrew its deal with the league in June this year. Local football has in the past years been hit by financial difficulties with clubs finding it hard to run their day to day activities to the extent of some of them granting walkovers. This season there has been three walkovers handed out in the Kenyan top flight, Sony Sugar has handed two while Chemelil has done so once.

Nairobi City Stars currently leads the National Super League with 10 wins from their first 12 matches earning them 3 points while Nairobi Stima comes in second with 26 points.