The last 24 hours have provided Kenyans with some memorable moments. First, Marathon Legend Eliud Kipchoge became the first man on earth to run a marathon in under 2 hours at the INEOS 1:59 challenge on Saturday.

On Sunday, Brigid Kosgei broke the women’s marathon record at the Chicago Marathon. The record has stood for 16 years! Her time of  2:14:04 is 81 seconds better than Paula Radcliffe’s record set in 2003. 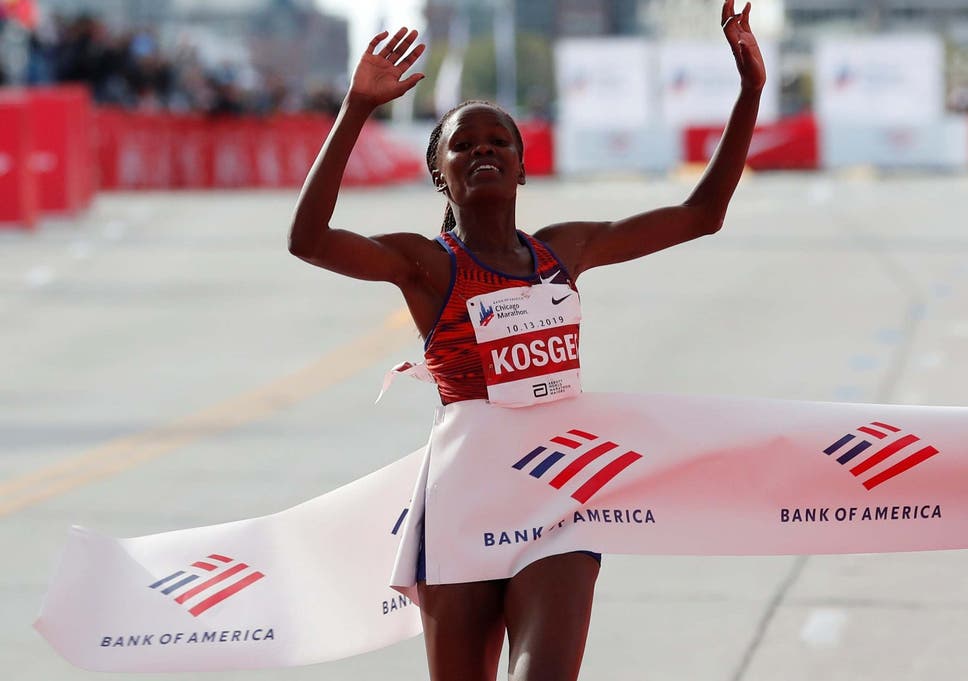 Kenyans took to social media to congratulate Kosegei on her historic feat.

Just another day for another Kenyan to break a marathon record. Nothing much. Congratulations, Brigid Kosgei!

What a Moment to be alive!!
What a Weekend for us in Kenya!!!
Congratulations our own BRIGID KOSGEI for winning #ChicagoMarathon2019 and setting up new world record.
Kenya is proud of you pic.twitter.com/VrpNnHwKWs

Eliud Kipchoge has inspired many. I am sure Brigid Kosgei was motivated by yesterday’s #INEOS159.
It shall be remembered that I lived in the time of the greatest Kenyan athletes. What a time to be Kenyan!#BrigidKosgei pic.twitter.com/mYDDt36CQv

Meanwhile, the National football team was their usual selves and were beaten on home soil by Mozambique in a friendly match played at the Moi International Sports Center Kasarani. Francis Kimanzi’s team was poor all trough and conceded in the 68th minute after a mistake from JosephOkumu was duly punished by Cumbane Kama-Komo.

Kenyans were disappointed, to say the least.

congratulations Harambee starts for not surprising us by wining anything,we would die #harambeestars

Congratulations harambee stars (for losing with only a 1-Goal Margin.)
We have no time to get mad of you.
We're in mood of celebration, the best we can offer is just ignoring your mediocrity.#harambeestars

Kenya's National Football team, is the only negative results we have as a country this weekend. Serves to remind us that, life has negatives and positives.#HarambeeStars 🇰🇪 0-1 🇲🇿 Mozambique

Others are breaking records but #harambeestars is breaking our hearts nkt