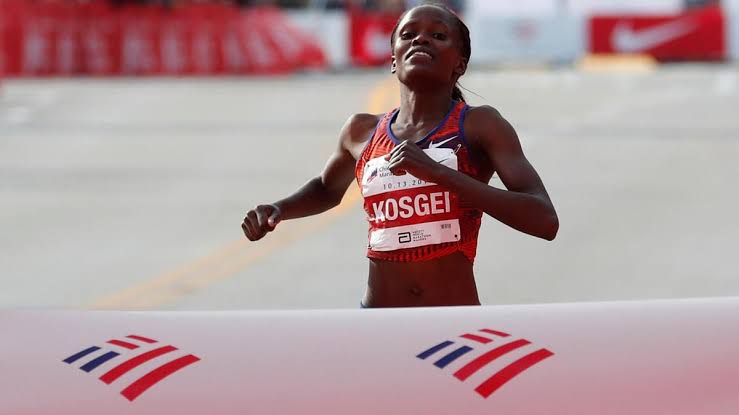 Legendary Kenya is yet again on world spotlight after another track victorious triumph. Women’s defending champion Brigid Kosgei has broken the world record at the Bank of America Chicago Marathon on Sunday (13), winning the IAAF Gold Label road race in 2:14:04.

The Deputy President William Ruto who has since named the country a sports nation took to twitter to congratulate the new champ for setting a new women’s world record and triumphantly defending her 2018 Chicago Marathon title.

Hearty congratulations to Brigid Kosgei for setting a new women’s world record of 2:14:04, and triumphantly defending your 2018 #ChicagoMarathon title; pic.twitter.com/sggjNyZQYy 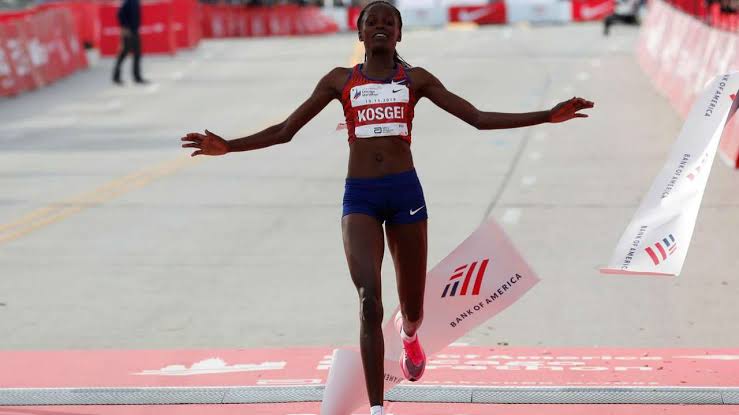 Brigid won the elite women’s race at the Great North Run and the process setting the course with a time of 64:28.

Early this year, Brigid Kosgei also won the 39th edition of the London Marathon crossing the finish line in a personal best of 2:18:20 ahead of compatriot Vivian Cheruiyot, who finished second in 2:20:14.

Back in 2017, Kosgei finished second at the Chicago Marathon, a personal best time of 2:20:22 before lowering it a year later in winning the same marathon in 2:18:35.

WORLD RECORD 🔥 Congratulations to Brigid Kosgei who has won the women’s Marathon in #ChicagoMarathon in a time of 2.14.04. What a weeked for Kenyan sport. #TheScoreKE pic.twitter.com/Y7iYjYHgJ2

The victory comes as citizens are still in merry following Eliud Kipchoge’s victory of smashing the INEOS 1:59 challenge. 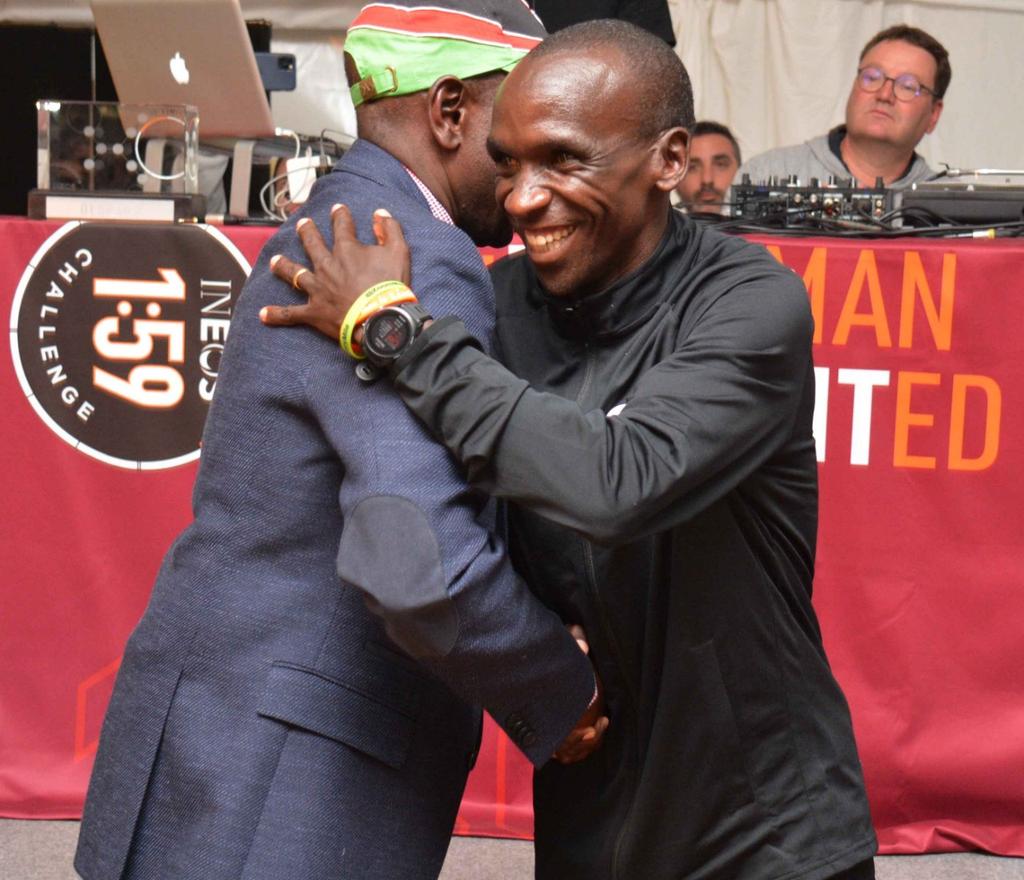 Ruto got the opportunity to celebrate with the first man to run a sub-2-hour marathon, Eliud Kipchoge, when he was hosted for an after-party on Saturday in Vienna, Austria.

He shared the pictures of the colorful celebrations on his social media handle.