Speaking on Wednesday when she accompanied embattled Nairobi County Assembly Speaker, Beatrice Elachi back to her office, Wanga warned that they will no longer allow leaders of Sudi’s caliber to describe women using provocative words.

“As women, we have been insulted and thrown into the ‘bedroom’ because of our support for Raila Odinga. The trend has escalated to a point where class two dropouts like Sudi are also calling us names. We can no longer keep quiet and watch our fellow women being insulted,” asserted Wanga.

“If one woman is insulted, that means we all as women have been insulted. We will not stand and watch this! We will raise and face you because we are also leaders elected by Kenyans,” remarked Wanga

She urged Beatrice Alachi who has been brought back to the assembly by a number of city MCAs from the minority side after 13 months to stand her ground and resist any calls to have her step out. 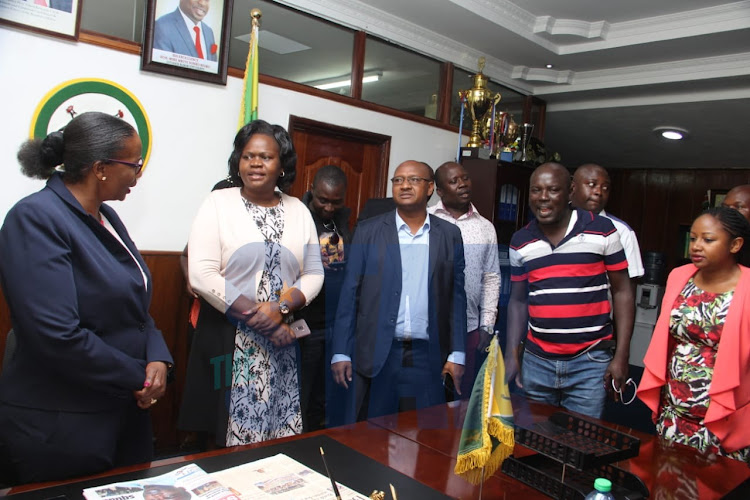 Sudi, who was addressing the press on Monday, alleged that Shebesh was engaging in prostitution, and urged the President to sack her as one way of allowing let her operate from the infamous Koinange Street.

“I want to ask President Uhuru Kenyatta to help us by sacking this woman. She’s only good at prostitution and her office should be Koinange. We can’t allow her to resurrect Mungiki,” claimed Sudi

Shebesh has found herself on the receiving end from a section of Jubilee leaders after alleging that President Uhuru Kenyatta was forced to endorse Macdonald Mariga as Jubilee candidate in Kibra constituency by-election.