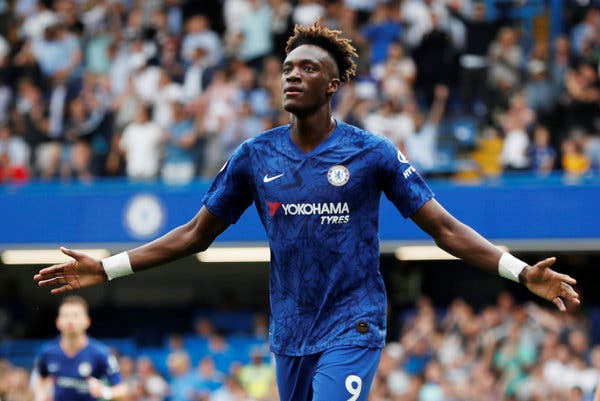 Chelsea boss Frank Lampard has heaped praise on striker Tammy Abraham after he continued with his hot-scoring streak with a goal in the 2-1 win over Lille in a UEFA Champions League match on Wednesday night.

The 22-year old scored the opener for Chelsea before Victor Osimhen equalized for the hosts. Willian then hit the winner for the Blues. It was Abraham’s first Champions League goal and coincidentally it came on his 22nd birthday.

The striker has been in hot scoring streak and has found the back of the net seven times in the league, one goal behind top scorer, Sergio Aguero of Manchester City. Speaking after the match, Lampard praised the Chelsea Academy product saying he is working hard to score goals and that has been improving with time

“Tammy’s performance was more of the same of what we are seeing. He’s hungry for goals, physical, gives everything for the team, has quality with the ball at his feet and, while there’s an improvement to be had, he’s showing that” he said.

Lampard went on to confirm that the former Aston Villa man is his first choice forward adding that Batshuayi Mitchy and Olivier Giroud will back him. 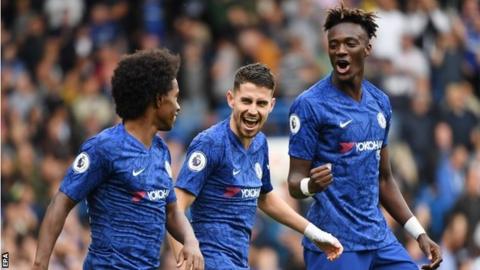 “It’s competitive, the minute Tammy’s levels drop then we will look to Giroud or Batshuayi to see if they are pushing him and if they can come in and make a difference. But at this moment in time, Tammy is doing really well. That’s his first Champions League goal and hopefully we will see many more and performances like this,” he added.

Next for Chelsea is an away league game at Southampton.

After three seasons of loans, @rioferdy5 is impressed with how Tammy Abraham is taking his chance at Chelsea. pic.twitter.com/3n47oK5SH4

A guy from sky sports just said to me that after watching Osimhen @victorosimhen9 play tonight, Tammy Abraham would chose England because he wouldn’t want to compete with a “good” victor Osimhen.

22 – Tammy Abraham is the second Englishman to score on his birthday in the UEFA Champions League, after Raheem Sterling (for Man City v Borussia Mönchengladbach in December 2015). Candles. pic.twitter.com/za77YYSEpM