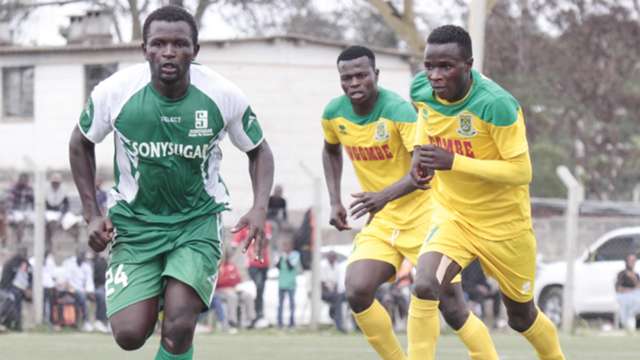 The burly striker joins the Bankers at a time the future of Sony is uncertain owing to lack of finances. The club management is said to be mulling over disbandment.

Club manager Bramwel Simiyu has confirmed Agwanda’s arrival on a two-year deal and exuded confidence that the forward will improve his side’s attack.

“I can confirm that we have signed Enock Agwanda on a two-year deal. He is an experienced forward who will definitely improve our squad. Our main problem last season was failing to score enough goals and I strongly believe that he can help us sort out that problem,” Simiyu told Opera News.

Agwanda started out at Sony Sugar in 2011, after two years with the Awendo based club, he moved to Sofapaka in January 2013. He stayed with Batoto Ba Mungu for three seasons before moving to Gor Mahia in 2016. He left Gor Mahia for Bandari in January 2017 but was shipped out at the end of the 2017 season.

He moved to National Super League side Ushuru FC in January 2018 but left six months later and returned to Sony Sugar. He managed to re-establish himself at the Awendo based side and helped them beat relegation by scoring a number of key goals for the then Patrick Odhiambo coached team.