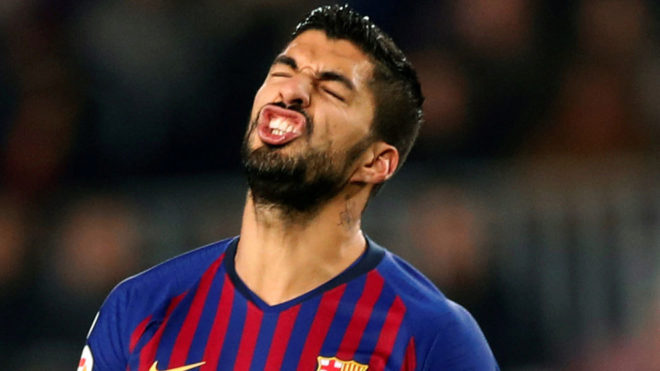 Barcelona star Luis Suarez has received a backlash from fans following his ‘most faithful’ message to teammate Lionel Messi after basking in entertainment in Spain, a few days before resuming the 2019-20 season preparation.

The two were at Ibiza, a well-known holiday destination where they got time to enjoy themselves alongside teammate Jordi Alba, and ex-Barcelona star Cesc Fabregas on Sunday.

After the celebration, Suarez went ahead and posted on his official Instagram page, describing Messi as ‘Unique friend’.

Summer holidays are in full force for Suarez and Messi.

But Barcelona fans are only concerned about their performance at the club and were not ready to hear that. The Blaugrana face a torrid run last season, winning only LaLiga title out of 3 possible titles. They, instead, bashed Suarez for his post, claiming that their friendship is the cause of the club’s downfall.

Below are some of the reactions;

This is a way of begging messi that griezman must not start ahead of him.I hate thier friendship.. Its killing the club

Not dembele fans.. but this friendship is really ruining the team

They make me cringe at this point. This duo smh they fuck eachother prolly

This friendship with Suarez is what hurting the team

After Messi’s wife, Antonela Roccuzzo went there first,  the no. 10 and his children headed there where they will be until he needs to rejoin Barcelona’s ranks – July 31.