When David Kariuki Kamurwa, a driver from Kikuyu, assaulted a traffic police officer on Thursday morning in Nairobi, little did he know that a video taken by a passerby will later go viral leading to his arrest.

Kamurwa was arrested later in the evening at Gikambura area within Kikuyu town by detectives based in Karen. The video which was captured on Thursday morning shows the officer in police uniform fighting with a driver of a Nissan March before he was saved by well-wishers.

The driver is then seen speeding off after throwing the officer out of his car. To add salt to an already painful wound, Kamurwa, According to Nairobi traffic police commander Joshua Omukata, is said to have caused an accident in Karen and traffic officers had radioed ahead to their colleagues to be on the lookout for the car.

Upon his arrest, Kenyans were quick to express their thoughts on what will befall the suspect inside the police cells.

While some congratulated the suspect for teaching one of the ‘corrupt’ officers a good lesson, many feared for his life having in mind the torments most of the suspects usually undergo in police cells. Here are reactions from Facebook.

But why do cops enter cars then start threatening us with all manner of faults? Thought of investing in a video & recording the conversations then I remembered the courts are untrustworthy so….. 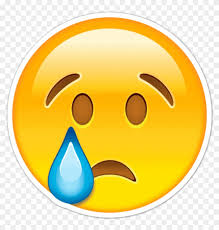 Opera News is carrying out a short survey on the effectiveness of our notifications. Spare a minute and share your thoughts with us here.