Paris Saint-Germain star Neymar Junior is no longer a happy man as his desire to return to Barcelona seems to hit the rock. This is after his club’s president Nasser Al-Khelaifi’s recent statement to Barcelona’s president Josep Bartomeu.

According to a Spanish outlet, Al-Khelaifi informed Bartomeu that he has no intention of selling the Brazilian sensational star this summer, a thing that has excited a section of Barca fans who were opposed to the return of the player. 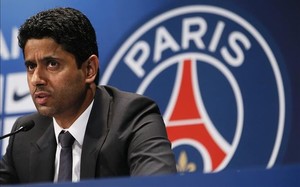 The Spanish champions have been forced to withdraw their advance and ask the French giants to notify them once they finally reconsider the exit of the 27-year-old.

🔷 Barça asked PSG to notify them if the Brazilian's exit is finally reconsidered pic.twitter.com/97W4ugDlP1

Upon receiving the news, fans stormed Twitter to laud that decision;

Thanks PSHIT! hopefully this is the end of all of this nonsense

Nonsense. Player said he wants to go. Is it by force????

I like this. Neymar stay there u wanted it

Let Neymar be there in Paris and mint money. Forget soccer and enjoy off field attractions. That is what his parents wanted, a lot of money.

Neymar will be forced to persevere being in his ‘golden prison’ for another season unless Al-Khelaifi reconsiders his position concerning the former Barcelona player. The 27-year-old, on his part, has expressed his intention of returning to his former club, a thing that led to his altercation with PSG president.

Opera News is carrying out a short survey on the effectiveness of our notifications. Spare a minute and share your thoughts with us.