Internally Displaced Persons Initiative group, IDP have called on the two warring groups in the country, Tanga-tanga and their Kieleweke counterparts to bring to an end the inflammatory remarks the two sides have been spreading among Kenyans.

Speaking on Friday in Kitale, the group warned the two political camps saying that they had caused unnecessary political temperatures in the country. The group said that the heated political rhetorics between the two sides is inflammatory and likely to cause tensions among Kenyans ahead of 2022.

The group led by their chairman Raphael Inear said the members were concerned over the rising cases of divisive politics that could cause hate and animosity among different communities living in the country.

The group said they do not want to witness again what happened in the 2008-2009 post-election violence. They called on President Uhuru Kenyatta to act fast and show leadership by dealing with the careless members from the two rival camps who were using government resources to spread hate.

“We urge the government to put in place measures to ensure that all those political leaders engaging in political talks that could breach the peace in the country are held responsible. With the current careless remarks being made by the two groups, we are worried we could be heading in the wrong way,” said Raphael.

They also called on the National Cohesion and Integration Commission to deal with the hate-mongers who could polarize the country ahead of 2022 general Elections. 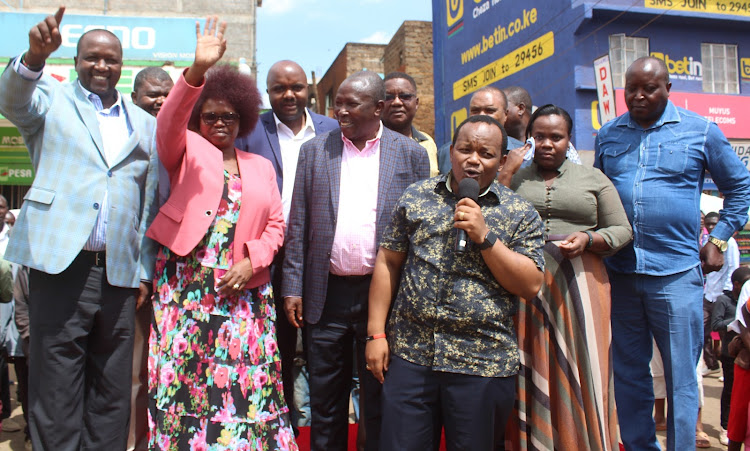 President Uhuru Kenyatta’s calls for Kenyan leaders to put aside 2022 politics and concentrate on development have proven futile as the two groups continue to take on each other.

Opposition leader Raila Odinga is said to be the de facto leader of Team Kieleweke, but only as the face of the anti-Ruto coalition as a formula is worked out on how to share the spoils.