As the 2022 fast approaches, realities are seemingly dawning down so fast on Deputy President William Ruto’s lieutenants who had been so vocal attacking opposition leader Raila Odinga in every function they attended.

Elgeyo Marakwet Senator Kipchumba Murkomen together with his Kapseret Counterpart Oscar Sudi have for a long time been on the forefront directing their blazing guns at the ODM boss hoping to neutralize his 2022 influence but with the current happenings inside the Jubilee government, the two leaders might have decided to reconsider their attacks.

In the last two functions, the two have attended, unlike in the past where they could attack Raila, the two have instead opted to singing hymn songs together especially those songs seeking for God’s direction. 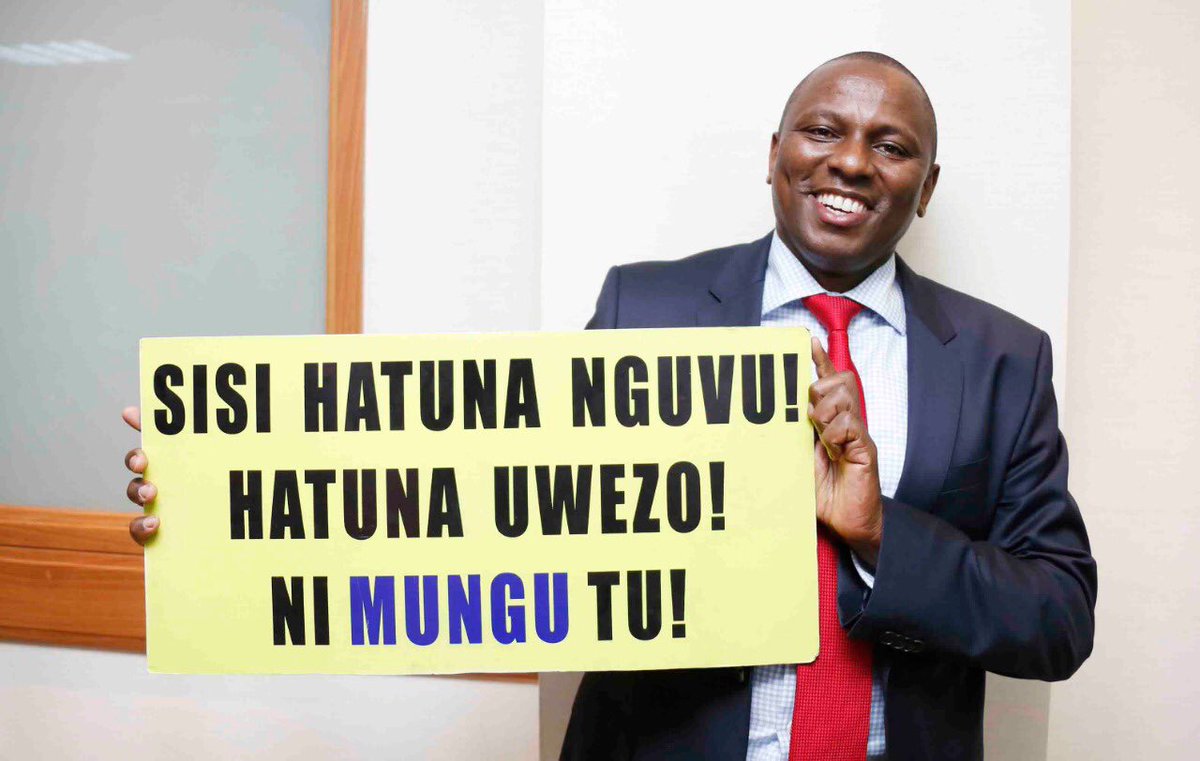 It all started when  Murkomen and Sudi attended a burial ceremony of the late Benson Kiptire who was kidnapped and murdered by unknown people some few weeks ago. After blaming the government and in specific Kibicho and interior cabinet Secretary Fred Matiang’i for being behind the killings, Murkomen and Sudi moved all mourners into tears through a song they sang together in a Kalenjin dialect.

“I must tell Jesus all of my trials” pic.twitter.com/raH5F5Ir2v

Sudi and Murkomen’s sudden change of behavior is attributed to the sudden kidnappings and killing of two of Murkomen’s close allies who according to him, were all allegedly murdered by personalities close to President Uhuru Kenyatta’s administration.

"Satan trembles when he sees the weakest Christian on his knees." William Cowper

The two have now toned down on Raila Odinga and instead turn all their guns on the government they are serving blaming it of targeting members associated with William Ruto’s Tanga-tanga camp. It is the same “murder plots” that have made the two leaders turn to God through scriptures and singing hoping to find some spiritual consolations.

“For God has not given us a spirit of fear and timidity, but of power, love, and self-discipline. 2 Timothy 1:7″ Tweeted Murkomen recently.

It is probably the same reality that President Uhuru Kenyatta was more likely to skip endorsing William Ruto in 2022 and instead opting for Raila Odinga that has humbled the two leaders as they struggle to find their own way out into 2022.

Over the last few months, the state has also withdrawn security details attached to many members associated with William Ruto’s Tanga-tanga camp. Other leaders have also been arrested some associated with corruption cases while others (Dennis Itumbi) under unclear circumstances.

T.Mboya,JM Kariuki& Pio Gama Pinto were powerful KANU politicians,In fact TJ was the heir apparent to the Presidency.Those telling me to say nothing about assassinations&extrajudicially killings should tell me whether it was right for those in government then to keep quiet.SMH! https://t.co/jcq0fnRDNC

This could also be seen as a good reason why the leaders are retreating on their vocal attacks on Raila Odinga who according to many is being viewed as part of the very many decisions that the government is currently undertaking.

Other leaders in Ruto’s camp including Kikuyu MP Kimani Ichungwa have also stopped their attacks on Raila and instead seeking spiritual interventions from God.

“Trusting in the Lord that in Him and through Him all is possible.Not by our might or power but in Him that we Trust and Believe in. We may not be as powerful or have as much as others, but we have Him and ONLY Him we need to get where we have Trusted in Him to take us. Twihamwe.” Tweeted Ichungwa recently