Zimbabwe will take on DR Congo on 30 June at 30 June Stadium in their last group stage match of the 2019 African Cup of Nation, a game that will determine who progresses to the next stage of the tournament. Both teams have failed to win in their last two matches and are at the verge of packing should they draw.

Zimbabwe drew their last group stage match against Uganda, a few days after losing their opener against the hosts, Egypt last week Friday. But Zim will regret having drawn their match against Uganda after failing to use open chances to hold their opponents and they will need a lot of improvements to edge out DRC on Sunday. 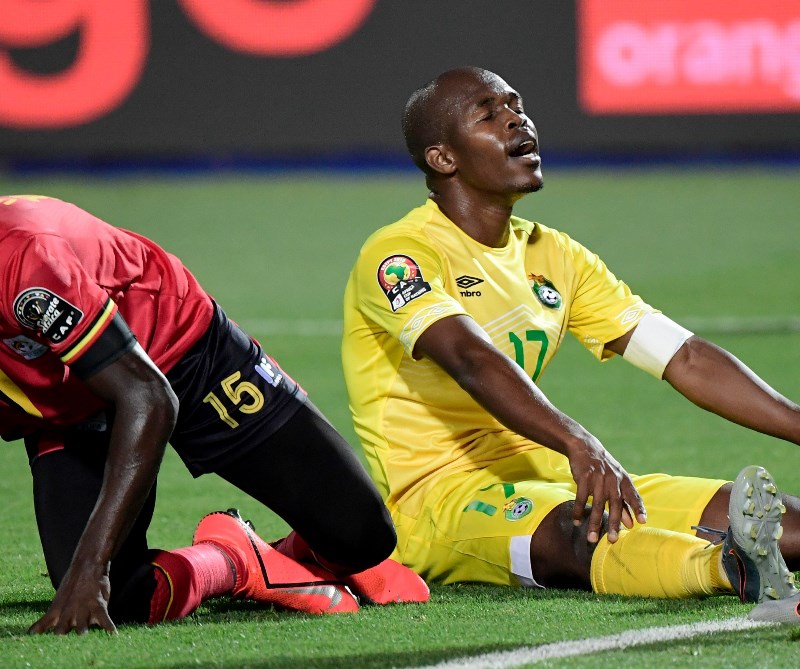 Having been stunned in the 12th minute, they responded well and went in level at the break thanks to Khama Billiat converting after good work from Ovidy Karuru in the build-up but failed to find a second with Knowledge Musona wasting his side’s best chance as he hit the bar.

The WORST miss you’ll see for a long time!

Knowledge Musona, what is THIS? 🇿🇼 #AFCON2019 pic.twitter.com/L3ISLhZQvN

The Warriors are third in group A with one point and will need all the three points against DR Congo to improve their chances of qualifying for the next round. Their star forward Khama Billiat alongside Knowledge Musona are expected to start together with their goalkeeper Edmore Sibanda and striker Nyasha Mushekwi, who were ruled out of Uganda match due to injuries.

DR Congo have found it rough in the AFCON campaign after a frankly torrid run in their last two matches and face an uphill task to reach the last 16. Florent Ibenge’s men were competitive in their game against Egypt and twice hit the woodwork but ultimately they were not good enough to defeat the Pharaohs. DRC will need all the three points from their match against Zimbabwe to keep up their faint hopes of qualifying as one of the best third-place teams. Ibenge is expected to play front three of Cedric Bakambu, Jonathan Bolingi and Yannick Bolasie to bag their first win and goal of the competition. Unfortunately, their defender Bope Bokadi will not feature in this match since he is serving a suspension.

In their last two direct matches, Zimbabwe defeated DRC 2-1 at Kinsasha and drew 1-1 at Harare. Both teams are struggling to get a win to book a slot in the round of 16 after poor run in their past two matches. Both are not strong enough, which is why I would place my bet for a draw.