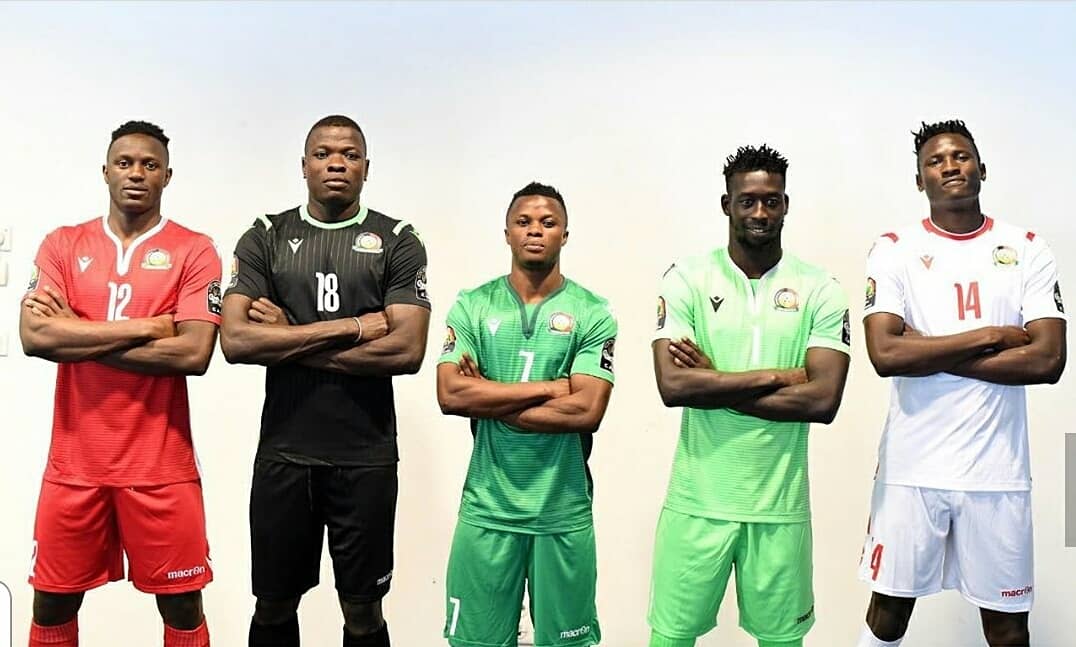 While Kenyans eagerly to support Harambee Stars as they head to AFCON tournament for the first time after fifteen years, they can’t stop criticizing anything they find wrong in the national team.

Kenyans have come out to slam the Football Kenya Federation for the new jerseys unveiled for the Harambee Stars to use in the most awaited tournament, rating them below 5 out of 10.

Some days ago, Macron announced sponsorship deals with the Guinea and the Kenya National Teams. And recently, the Italian company presented the new kits that Harambee Stars will wear during the 32nd edition of the 2019 Africa Cup of Nations this summer.

Unfortunately, the new Macron Kenya 2019 AFCON jerseys are based on standard macron shirts and do not feature bespoke designs.

But Kenyans seems not to be happy with the new kits as they strolled the Football Kenya Federation for the kits, stating that the old kits were better of.

Below are the reactions:

What is your thought about the new Macron Kenya 2019 AFCON jerseys? Leave your comments in the below section.