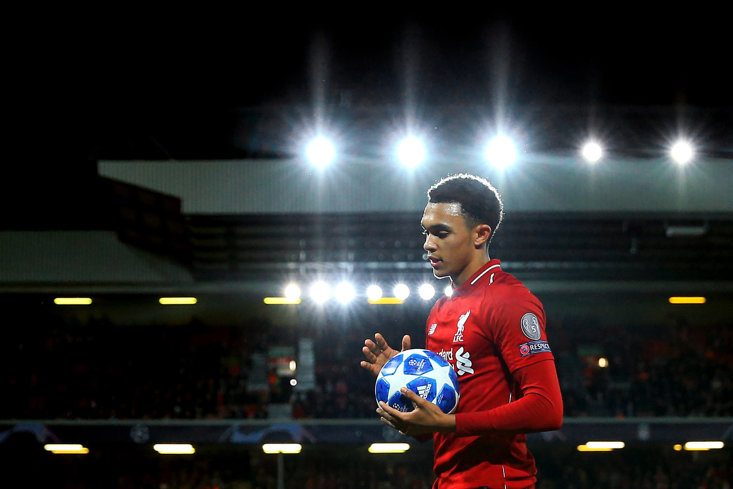 April 27, 2014. A fateful day at Anfield. The Premier League title was within reach and they just had to get a point against Chelsea to keep their own destiny in their hands. Steven Gerrard slipped, Demba Ba capitalised and Liverpool missed out on their first Premier League title when they looked certain to win it.

Working hard that day on the touchline was not only Brendan Rodgers and Jose Mourinho, but youngster Trent Alexander-Arnold. The 16-year-old was then a ballboy at Anfield, delivering the ball back to the players as they looked to rescue the game. Fast forward five years and the full-back has established himself as one of the best in the world in his position, a dominant force down the right-hand side. On Saturday, he will become the youngest player in history to start two consecutive Champions League finals and if he can win it, he will be one of the youngest winners. 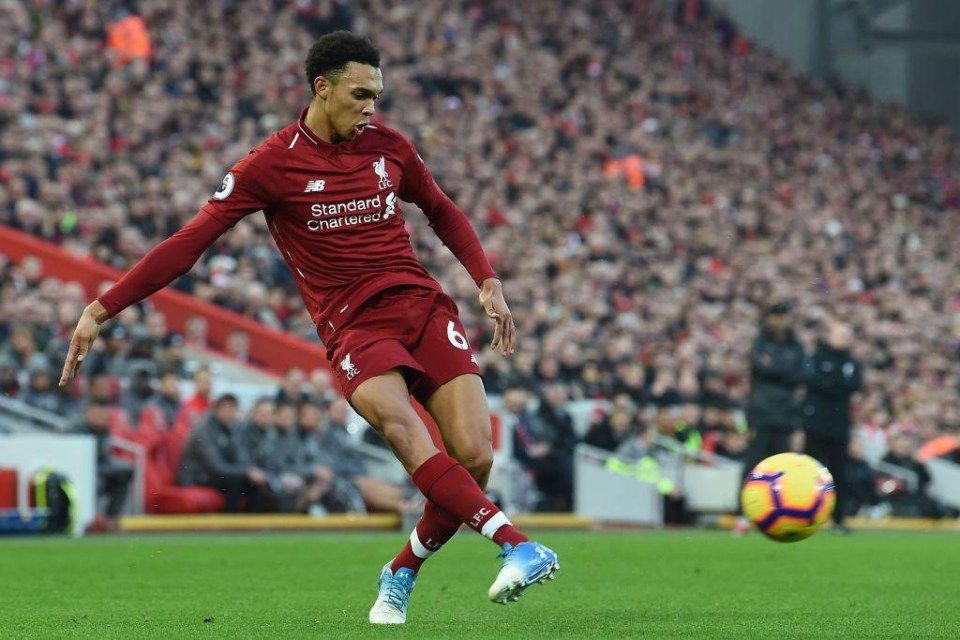 It has been a mesmeric rise for the young man who was tasked with dealing with Cristiano Ronaldo in last year’s final. That was a job he did admirably and if Loris Karius hadn’t put in the worst performance of his career, he may well be looking at back-to-back titles.

Alexander-Arnold was sports mad as a kid. He played rugby and football until he was 14 for his school before he joined Liverpool’s academy to continue his education and football. The rugby soon stopped but he still his old schools to deliver assemblies and gives out awards, off his own back.

Liverpool were well aware of the youngster’s talent way before he could even be signed by the club. In fact, aged six, he was told to join Country Park FC, a club with close links to the Reds. There he stayed ‘hidden’ from other clubs until he was at the age where Liverpool’s academy could sign him following a path tread by many before him. 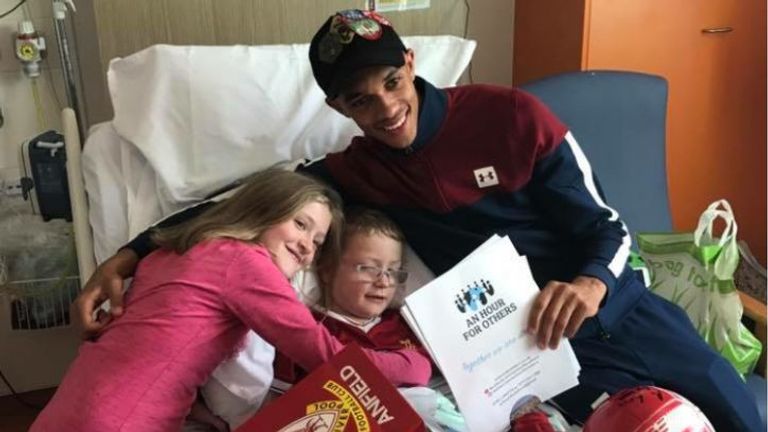 Andre Wisdom, Jon Flanagan, Brad Smith and Jordan Rossiter had all graduated from Country Park through to the Liverpool first team squad and Alexander-Arnold would make huge strides in a short amount of time. His mum, Diane, played her part in making sure he kept on the straight and narrow, even into his teens. She would often ring Liverpool’s academy saying “He’s not playing next week, he hasn’t eaten his dinner” and “only if he behaves” – and the Liverpool staff played along help the precocious young talent.

He has always played way beyond his years, playing with the older kids throughout school and even in Liverpool youth set-up. Offers came in for him but Liverpool runs through his blood and nothing was going to stop him achieving his goal of playing for the first team.

His family was heavily involved with Manchester United. His grandma was once Sir Alex Ferguson’s girlfriend while his uncle was a long-serving club secretary. According to the New York Times, Fergie asked Alexander-Arnold why he never joined United, to which he replied: “My mum doesn’t drive on motorways.”

Praise doesn’t come any higher at Liverpool than from legendary captain Steven Gerrard, the man who set the standards at both Melwood and Anfield. In late 2016 he made his Liverpool debut breaking through into the first team and winning the Young Player of the Season award.

By April 2017, Gerrard had seen enough to make his judgment. “There is a pathway but they are competing against themselves to get to Melwood and get that debut. But Trent? Trent’s going to be a beauty.”

A year later he had established himself as Liverpool’s starting right-back and was off to the World Cup with England but it has been in this campaign that he has really come along. Only Eden Hazard and Ryan Fraser got more assists in the Premier League than the Englishman last term and he even won the battle with teammate Andy Robertson, bagging 12 to the Scot’s 11.

Now, he looks set to develop further with both club and country and it won’t be long until he bags his first major trophy. Alexander-Arnold is not only one of the top English players in the league but he also has Liverpool in his blood. He looks like he will remain with the Reds for the foreseeable future and Jurgen Klopp could well make him captain if he continues this rate of development.