The Kenyan intelligence fraternity is on high alert following the decision by a Somalia-based militia group Al Shabaab made a decision to surrender to Kenyan Authorities.

The man who admitted to being an Al Shabaab member since August of 2018 is said to have surrendered himself to the military base at Bura Hache along the Kenya-Somalia border.

This comes just four months after Kenya witnessed one of its deadliest attacks on the innocent citizens and foreigners at the Dusit D2 complex where some 21 people were killed.

During the attack, two masterminds believed to have been part of the larger terrorist network were eliminated. This was after one of their accomplices blew himself up at the onset of the attack.

When 24-year-old Hassan Hussein turned himself in to Authorities, he disclosed that he had joined the terrorist network in August 2018 and had completed his training to reign terror.

Police believe that Hussein was ready for deployment especially after the month of Ramadan. 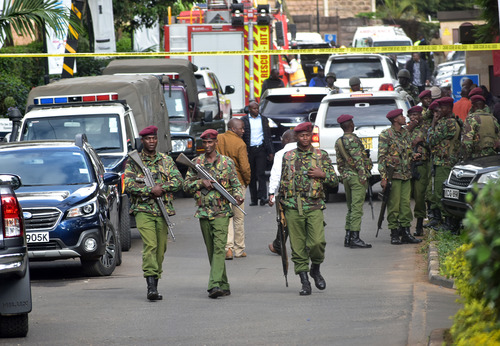 “He joined AS in August 2018 and just completed training a month before Ramadan and was in the process of deployment along Wajir- Mandera,” read the report in part.

His defection comes barely a month after the Kenya Defence Forces managed to gun down three suspected Al Shabaab militia who are said to have attempted to cross over to the Kenyan side.