Is Kenya becoming a failed state? Time and again, the Country has been treated to shocking revelations that have revolved around corruption and Money Laundering.

The most intriguing part of all these revelations is that they all have a Political connection. Many of you might be wondering why fraudsters have resorted to using Politicians to carry out their dirty businesses.

Well, the answer is simple, our politicians are filthy and rogue to the core.

These are the same people that control criminal gangs across the Country and own dirty businesses that continue to paint a bad picture of our Nation.

Kenyan Politicians are crooks who only care about filling their pockets with dirty money as Kenyans in different parts of the Country live and die in Poverty.

It will be remembered that in February, a man was arraigned for impersonating President Uhuru Kenyatta.

The man identified as Waswa lived a lavish lifestyle by getting his money from unsuspecting Kenyans who believed he had connections to Statehouse.

He drove high end cars and even had a security detail only likened to that of President Kenyatta.

Waswa and his boys would mimic President Uhuru Kenyatta’s voice in a phone conversation and with that, they managed to con a senior businessman and made away with Millions.

A month later, detectives from the Directorate of Criminal Investigations impounded Sh2.6 billion fake money (in dollars) and fake gold in a safe deposit box at a Barclays Bank’s branch in Nairobi.

Just when we thought we had seen it all, we were in for a rude shock! In a house – guarded by GSU officers in Nairobi’s Kileleshwa, a Sh400 million fake gold deal was cooking! In the kitchen, apparently, was a senior politician and few other charlatans.

While the prevalence of such cases in the capital is alarmingly high, it is their connection to politics that is more shocking! 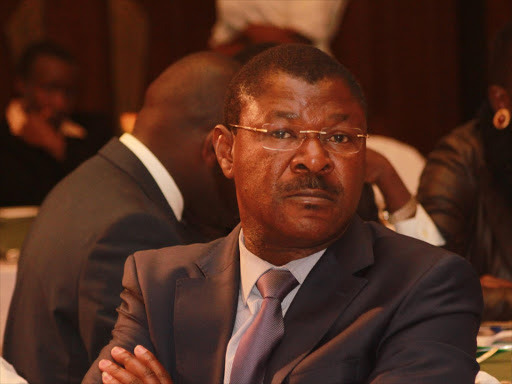 In the heart of these alleged heinous crimes is a politician or fraudsters working for or with politicians. Politics is supposed to be central in the development of a nation and politicians are meant to be the change agents for a country’s economic growth. But Kenya is a different kettle of fish altogether.

Is Kenya’s electorate half-wit and did we vote for charlatans in places of power? Was it the lure of money splashed during campaigns or are we in love with bad boys?

I think nothing explains the upsurge of cases of corruption, fake money and gold in Kenya better than politicians clamour to accumulate as much wealth as they can to splash during campaigns.

Should Kenyans therefore go back to the drawing board and for once and for all think straight whenever elections approach?

It is like Kenyans too are under a curse, a curse called money that time and again brainwashes them into voting in Rogue and corrupt leaders into power.

It is only through the ballot that Kenyans will be able to help deal with the increasing number of Fake Syndicates that have hit the Country.