One of the hardest things is handling a breakup especially when the relationship had gone to the advanced stage of courtship. It is even harder for a celebrity to handle such moments because they have to learn to deal with critiques coming from people.

This is what the Kenyan Comedia Eric Omondi is going through after he broke up with his fiancee Chantal Grazioli. Their break up happened 2 days to Chantal’s birthday something that forced her to wish herself a happy birthday.

Immediately after Eric put it to social media that he and Chantal were no longer an item, it was difficult for Public to take him seriously because he is a comedian who is fond of pranking people.

Eric says that he has been receiving calls and messages asking him whether he meant what he said about their break up.

To respond to that, Eric Omondi took to social media and confirmed that its true they had broken up. However, he gave reasons contrary to what Chantal had given. Are these two lying to the public about their break up?

Here is what Eric wrote

Trade in today with ACE PRESTIGE Opposite Nakumatt Prestige.. So for the past two days I have received numerous messages and phone calls asking me if what I posted concerning myself and @miss.chanty was a stunt or a Prank. I want to once and for all clarify this.
1. Myself and Chantal spoke and came to a mutual agreement to take a short break and figure afew things out .
2. We are okay guys😊😊😊
3. Chantal bado atakuja Kenya🇰🇪 namimi bado ntaenda Italy🇮🇹

In a previous interview, Eric said this

What Kenyans did not know is that Chantal has never been Kenyan; she is Italian. Whenever she jetted into Kenya, she always came to visit me. With her tourist visa, she cannot work in the country. And, she recently asked me if I can allow her to permanently stay in Italy and get formal employment there. 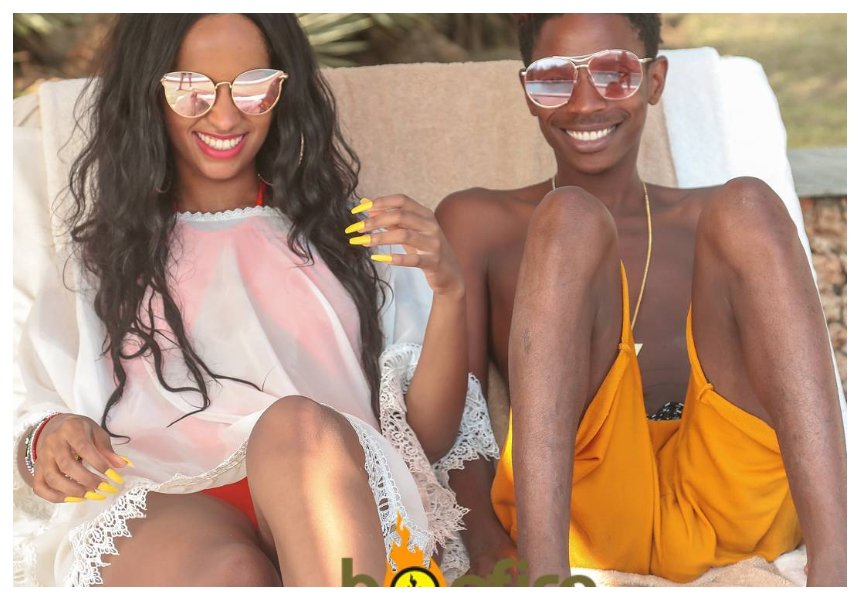 While Eric  talks about Chantal’s inability to work in Kenya, Chantal was talking about the distance between the two which has been a challenge. Who should we believe?

Here is what Chantal said

Hello guys, I hope this finds you well i have been silent for a while…Eric and i have had long discussions for the past one month. As you all know my family lives in italy and its been really challenging for both of us. I love eric and i will always love him and we are okay; we created the best of moments together, we shared our dreams and visions but most importantly we shared our lives. And i will always cherish every single moment.
As i write this post i want to ask God to always protect you and your dreams until our paths meet again.
I hate goodbyes so it’s not a goodbye its more like a see you later.
I will always be here for you ANYTIME, ANYDAY @ericomondi 💞

Something else to note, while both of them promised to be there for each other, Eric Omondi Did not wish Chantal Happy birthday. We all know that wishing her happy birthday as a friend could have eased the tension on social media. However, going mute on her big day speaks a lot.

Do you think Eric and Omondi could be hiding something from the public?