Is Kiambu Governor Ferdinand Waititu going down as one of the most corrupt Governors of our times?

We all know that majority of Kenyan Governors and Politicians are corrupt but it is the latest revelations made against Governor Waititu that have made him a center of attraction.

Thursday saw the Governor arrested over alleged irregular award of tenders valued at Sh588 million to companies associated with him and members of his immediate family. The outspoken Governor is also under investigations over Money Laundering and Conflict on Interests.

Well, it has now emerged that the Sh588 million case may just be a tip of the iceberg, as details emerged about property worth millions of shillings that the governor has allegedly acquired in just over a year. 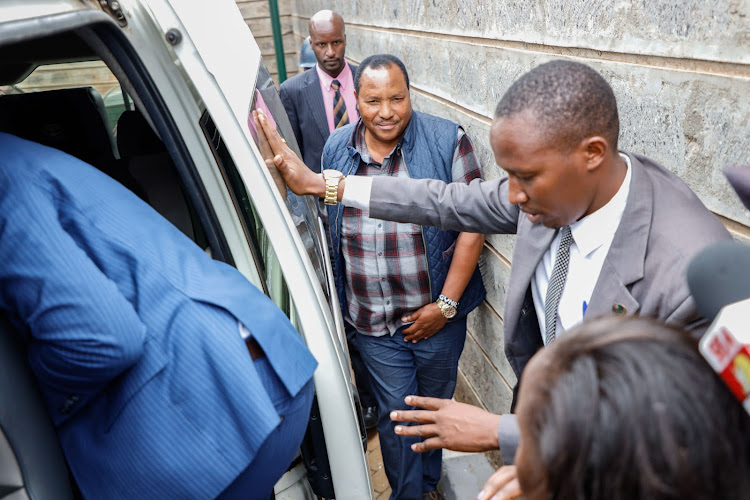 Detectives are said to be interested in a Sh680 million hotel, located near Central Police Station in Nairobi. Transactions to acquire the property are said to have started some time last year, when the governor reportedly began frequenting the facility. The hotel was allegedly bought in cash through a bank account operated by Waititu’s relatives living abroad.

In August 2018, Waititu’s wife, Susan Wangare, and 14 other people were arrested in Nairobi CBD for erecting a storey building without the requisite approvals from the county government.

Detectives are also said to be interested in a four-storey apartment and a residential maisonette being built in Runda estate, which they believe could be linked to the governor.

Other properties that investigators are interested in are said to be located in Nairobi’s Eastleigh, Kayole, Embakasi and various parts of Kiambu. But in what is emerging to be an elaborate property acquisition scheme, detectives are following links where family members and relatives in and out of the country have been used to buy property.

“We are probing a case where money is wired to their accounts then withdrawn from outside, before being rewired back into the country through investment in properties,” said a source at EACC, adding that the alleged suspects are in the United Kingdom and Australia.

On Tuesday, Kiambu County Secretary Martin Njogu recorded a statement with EACC over alleged irregular deals in the county.

Last month, there was drama when the County Chief Finance Officer Faith Njeri and her driver Harrison Kung’u were arrested for allegedly being in possession of fake US dollars.

EACC investigators are also seeking to lay their hands on records of the controversial programme to rehabilitate drunken youth, dubbed Kaa Sober, in which more than Sh500 million has been spent.

On several occasions, Waititu has defended his wealth saying he has toiled for long as a transporter, city councillor, Nairobi Deputy Mayor, Member of Parliament and now as governor, to build his empire.