Do you remember Rachel Green in the sitcom  F.R.I.E.N.D.S.? Yes, that’s the same person we are talking about. Well very little has changed about her physical appearance, that we almost thought that she was a vampire… (Pun intended).

Jennifer Aniston has remained one of Holywood’s most glamorous stars with more than 20 years in the limelight but the difference is close to nothing.

Her beauty regimen has been revealed and it’s not something out of the ordinary, but we do agree that she looks extraordinary. 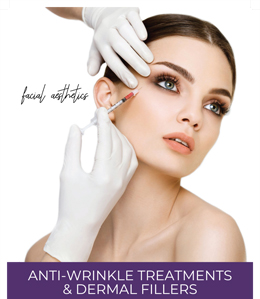 Mya’s cosmetic expert explained: “I would suggest Jennifer has had anti-wrinkle injections, often referred to as Botox, to her forehead and around her eyes (crow’s feet).

“This non-surgical treatment will create a smooth forehead and limit any frown/expression lines.

“The treatment will normally last 3-6 months; as muscle action gradually returns, the lines and wrinkles begin to reappear and need to be treated again.

“This procedure can give the appearance of smoother skin if you are looking to achieve a youthful appearance, or it can be used as a preventative measure to slow the process of ageing.”

“Jennifer has previously spoken openly about having a Rhinoplasty (often referred to as a nose job) to correct a deviated septum in her twenties.

“This surgery could explain the change in Jennifer’s nose but we believe she may have asked for a slender more natural bridge and tip, making it a cosmetic Rhinoplasty.

“The result of the procedure is very natural and still in keeping with the natural proportions of her face. The cost of a Rhinoplasty procedure depends on many different physiological factors, the techniques used and the surgeon performing the procedure.

However, you can look pretty unsightly afterwards as the skin heels and the actress admitted going into hiding for eight days after each one.

“I did this thing called like, a peel. It’s extremely intense – you don’t realise you look like a battered burn victim for a week – and then it [the dead skin on your face] just kind of falls off.”

Although Jen has admitted undergoing a number of non-surgical procedures, eating well and looking after her skin, our expert admits a lot comes down to just sheer luck.

They added: “Jennifer’s age-defying appearance may have had a little help from surgical and non-surgical procedures, but it’s obvious she has amazing genes.”