It has been revealed that legislatures alligned to the Deputy President William Ruto were pushing for the ouster of CS Fred Matiang’i.

But what has come out clearly, the plan by team tangatanga to remove CS Fred Matiang’i from office was a well crafted constitutional plan.

Violation of the constitution and Gross misconduct being the major areas to push for Dr Fred Matiang’i’s ouster.

DP Ruto’s camp has also dragged CS Matiang’i into the fake gold scandal after a leaked audio which he is being mentioned in.

In the recording, the politician informs the Sheikh that Orange Democratic Movement (ODM) leader Raila Odinga would seek President Kenyatta’s help to have him order the release of the consignment of gold alleged to have been seized by Kenyan authorities.

The name of Interior Cabinet Secretary Fred Matiang’i is also mentioned, with the politician saying the gold had been seized by the CS in his official capacity. 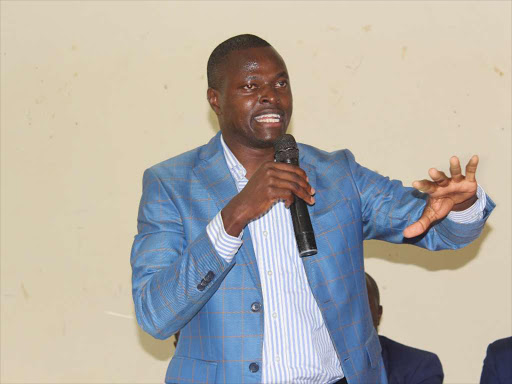 Kiharu MP Ndindi Nyoro and his Belgut counterpart Nelson Koech are tasked with collection of signatures.

Article 152 (6) of the Constitution provides that a member of the National Assembly, supported by at least a quarter of the members, about 87 of the 349 MPs, may propose a motion requiring the president to dismiss a Cabinet Secretary.

However, in 2015, House Speaker Justin Muturi increased the threshold of removing from office of State officers — the president, his deputy, Cabinet secretaries among others.