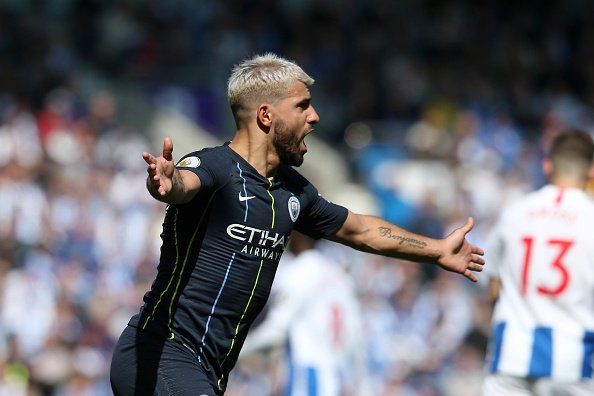 The Premier League title will be decided this afternoon – and Wolverhampton Wanderers are playing their part.

Liverpool need to take all three points against Wolves and hope that City slip up at the Amex Stadium in order for the title to head to Anfield.

But at half-time, with both teams winning, Pep Guardiola’s side are set to retain their crown.

Sadio Mane gave Liverpool the lead against Wolves after 17 minutes, sparking wild celebrations and putting the Reds in first place.

But the celebrations in Merseyside were short-lived as City hit back with a quick-fire double on the south coast to swing the title race back in their favour.

And sensing an opportunity for a little mischief, cheeky Wolves fans mocked the Liverpool supporters by cheering City’s goals.

They also sang “Sergio, Sergio…” in reference to Sergio Aguero, who bagged City’s equaliser before Aymeric Laporte put them ahead.

There were even suggestions that Wolves fans were starting up fake celebrations at Anfield for Brighton goals in an attempt to spark the rest of the stadium into cheering for something that didn’t happen.