At the same time, Bandari FC demolished SS Assad 6-1 in an early encounter at the venue to sail through into the final.

Sharks will now face Bandari, a repeat of the SportPesa Cup final, as they continue to gear up to host nine-time English champions Everton FC at the Kasarani Stadium on July 7.

Youngster Kevin Tom Machika who was making only his second first team start was responsible for the solitary goal scored by Sharks early in the second half, an effort that proved to be enough for the cup holders.

Sharks looked the more experienced team in the game as they dominated proceedings with Duke Abuya getting the first shot on target in the fifth but the keeper was up to the task.

In the 19th minute, Chrispinus Onyango who replaced the injured Dennis Nganga, had a great opportunity to put KCB ahead with a right-footed effort but Gad Matthews in the Sharks goal was aware to make the save.

A minute later Martin Nderitu unleashed a fierce right-footed effort towards goal which was always rising and did little to trouble the keeper, leaving the score at 0-0.

In the 40th, Nderitu was the one at it again with a snapshot inside the area but it went flying over the bar, neither team able to break the deadlock thus far.

FT : @k_sharksfc 1 – 0 @KCBFootball
The boys have done it again. We are in the Shield Cup final for the third season in a row! #SharkAttack pic.twitter.com/oFslABJVdb

Machika, who scored his debut goal against Mathare in the Slum Derby on Wednesday, almost put Sharks ahead on the stroke of halftime but his effort was blocked by Gabriel Mugabo for a corner.

In the second half, teenage sensation Machika opened the scoring after he forced an error from the KCB back four to give Sharks the lead.

Two minutes later, James Mazembe found Machika with a delightful through ball but the latter failed to connect well with it and his effort went inches wide of the goal.

Sharks coach William Muluya wasn’t satisfied with the one-goal lead and he brought in another striker in Sydney Lokale in place of Machika on the hour mark.

In the 67th, Vincent Wasambo’s shot was blocked for another Sharks corner as the holders continued to press for a second goal. 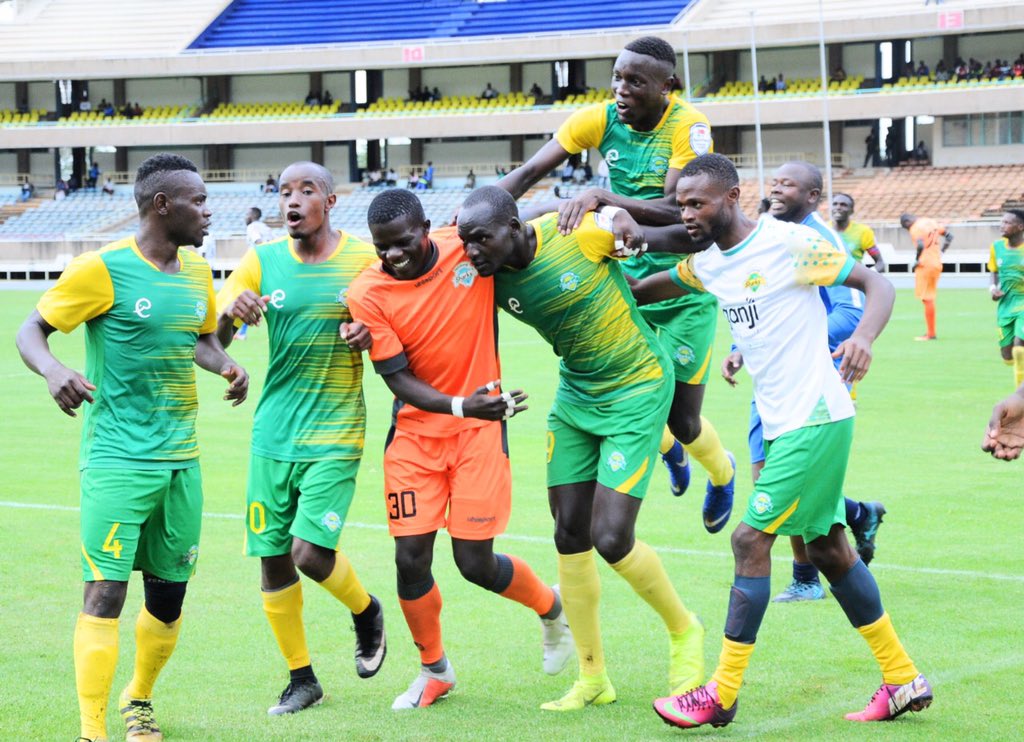 Former AFC Leopards SC striker Ezekiel Odera replaced Benson Amianda in the 78th minute as the bankers sought a way back into the hotly contested semifinal.

A minute later Harrison Mwendwa went close to doubling Sharks advantage with a right-footed effort but his attempt was gathered by Joseph Okoth in the KCB goal.

Sharks held on to the advantage until the final whistle, much to the joy of the fans in attendance who were pleased to be in their fourth final appearance in six months.

Reliable forward Yema Mwama opened the scoring for Bandari with an easy tap in, two minutes after kick off to give the SportPesa Premier League (SPL) side an early lead against SS Assad.

Mwama was on hand to double the dockers advantage two minutes later, already putting the game past the lower tier side.

Darius Msagha made it three in the 14th minute with a header from a Hassan Abdallah cross, Bandari already looking to have one foot in the final.

Hassan then got his name on the score sheet in the 18th minute with a header from a Fred Nkata cross, prompting the Bandari fans in the stands to go into a frenzy.

Substitute Wycliffe Ochomo then latched onto a Msagha lob over the keeper to make it 5-0 to Bandari.

Assad finally pulled one back in the 41st minute after Bandari goalkeeper failed to hang onto a direct free kick and the rebound was headed in to make the score 5-1.

SportPesa Cup Most Valuable Player William Wadri kicked off the second half with as much tenacity as the first ended, scoring a sixth goal for Bandari in the 47th minute.

Chances created in the game became fewer as the game progressed but Bandari continued to be the more superior side throughout the tie.

The referee blew for full time and Bandari cruised into their second final appearance of 2019 after being edged 1-0 by Shield holders Sharks in Dar es Saalam, Tanzania in January.